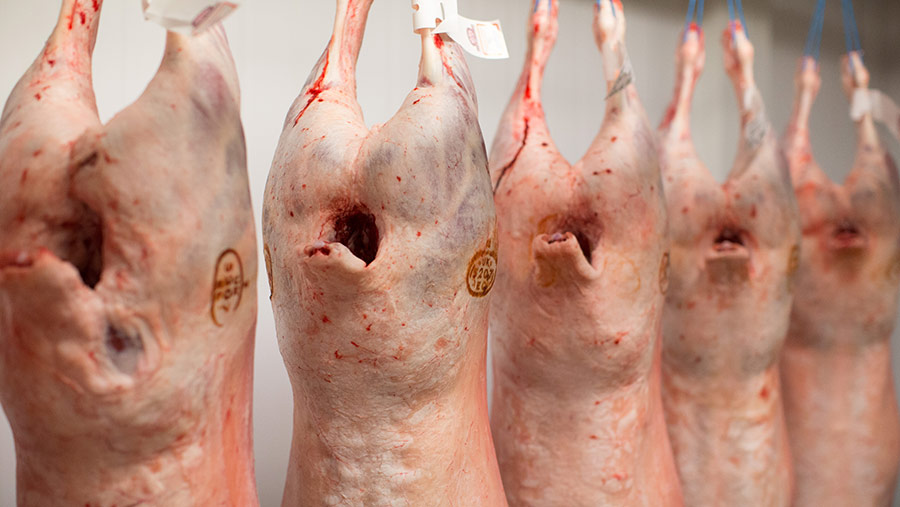 A no-deal Brexit could lead to an immediate reliance on imports, with catastrophic impacts for the nation’s food and farming sector, the four main UK farming unions have warned.

In a joint letter to MPs, currently debating the prime minister’s EU withdrawal agreement ahead of a key vote next Tuesday (15 January), the unions have urged them to “take all the steps necessary” to avoid a no-deal Brexit.

“There is a very real risk that a disorderly Brexit will lead to an immediate reliance on overseas imports, produced to lower standards, while many UK farms struggle to survive,” says the letter from the NFU, NFU Scotland, NFU Cymru and the Ulster Farmers Union.

“The implications, not only for domestic food supply, but for the careful management of our cherished countryside, would represent an historic political failure.”

What is the downside of a no-deal Brexit?

The unions deny they are falling for so-called “Project Fear” propaganda.

“There are those who believe that ‘no deal’ would be the price worth paying to secure our departure from the EU in the shortest timeframe, and that the potential negative impact is being overplayed and could be overcome fairly easily. We categorically do not share such a view,” it says.

In the recent past, the unions have backed Theresa May’s withdrawal agreement, which they see as a means of avoiding most of the problems caused by no deal.

By maintaining close alignment with EU rules, it will secure unfettered access to EU markets during the 21-month transition period. It also includes a “backstop” arrangement which could see Northern Ireland tied into a “single customs territory” beyond that transition, if no permanent UK-EU trade relationship has been established.

But it is believed that only a minority of MPs in the House of Commons support the package, which is expected to be voted down next Tuesday (15 January).

While a “no-deal” Brexit is the default position should this happen, MPs also took steps on Tuesday (8 January) to make this less likely, passing an amendment to the Finance Bill that would effectively limit the government’s ability to raise certain taxes in the event of a no deal.

A further amendment on Wednesday (9 January) saw MPs force the prime minister to come back to the House of Commons with her “Plan B” for Brexit within three days, should her withdrawal agreement be rejected by MPs next Tuesday, instead of the original three weeks.

This could then allow MPs to table alternative plans, such as allowing a no-deal Brexit or holding a second referendum.

Labour has also said it plans to table a motion of no confidence in the government if the vote is lost next Tuesday, which could trigger a general election.