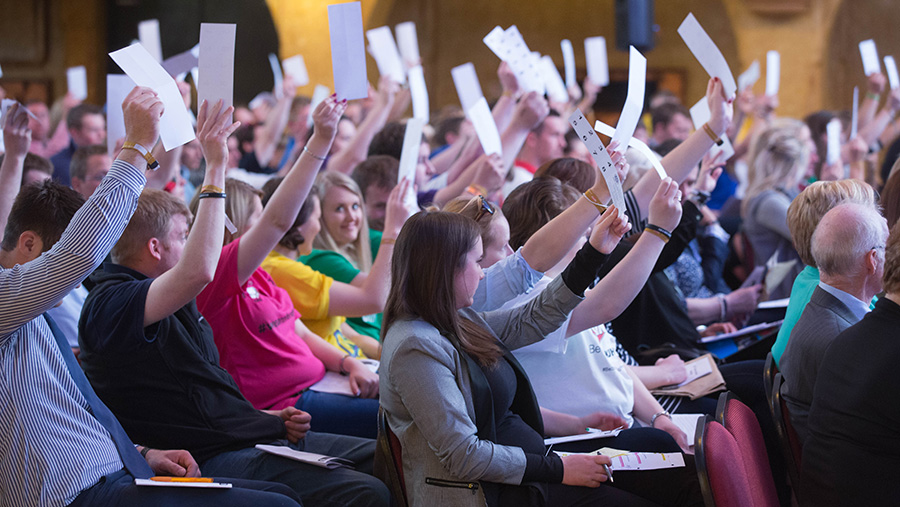 Young farmers are being encouraged to make their voices heard about how they would like British farming policy to be shaped in a post-Brexit era.

The National Federation of Young Farmers’ Clubs (NFYFC) has launched a new post-Brexit online survey about the future of British agricultural policy.

The NFYFC Agriculture and Rural Issues steering group (Agri) have set up the online consultation.

It is open to members and non-members so that all interested parties can take part.

“We want to capture the thoughts, concerns and wishes of the YFC membership, as well as the thoughts of potential members and those who might support young people in farming,” said the NFYFC in a statement.

Feedback from the survey will be used to put forward the views of young farmers when the NFYFC meets with Defra in October to discuss ideas for the future of British farm policy.

In addition, Agri is holding a “Know Your Future Market” forum on 1 October to capture further input from young farmers and supporters.

Kuhn Farm Machinery will host the forum at 10am in Telford, Shropshire. The event includes presentations and discussion groups to highlight where young farmers can get support to grow their businesses.

The NFU will be holding extensive Brexit meetings across the country for its members.

The NFYFC said being or becoming an NFU Students & Young Farmers member ensures you can attend these important and useful meetings and have your say in the consultation.

“Collaboration is a key theme for NFYFC Agri and we look forward to working with industry groups to ensure our voices are heard and we help shape a vibrant future British agricultural policy,” said the organisation.