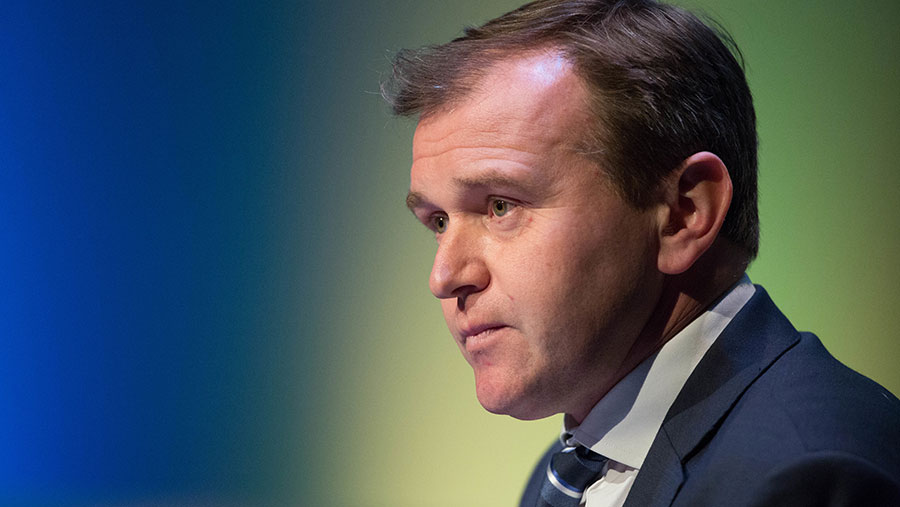 George Eustice is the secretary of state at Defra. Here he sets out his arguments for why more imaginative thinking is needed to reduce farming’s dependence on inorganic fertiliser.

My recent comments about the importance of developing alternatives to manufactured ammonium nitrate (AN) might seem controversial, but they have sparked an important debate about the future of fertilisers.

The exponential increase in input costs for fertilisers, plastics and fuel is bound to cause anxiety and stress for farmers. I full understand that. However, all of the cost pressures we see at the moment are born out of the world’s over-reliance on hydrocarbons.

We probably passed so-called “peak oil” production about a decade ago. It has long been predicted that, as supplies diminish, prices will rise and become more volatile.

As the remaining oil and gas reserves are controlled by ever fewer countries, our security is also undermined. There is a strategic imperative to think about alternatives.

As every farmer knows, nitrogen has a crucially important role in plant development and, therefore, the success of any crop.

Traditionally, farmers secured nitrogen for their crop through a combination of nitrogen-fixing plants and organic manures.

The advent of the Haber-Bosch process, which converts large quantities of hydrogen from natural gas to create the white prills of AN that farmers have become used to, revolutionised farming.

The first question is whether it is possible to reduce the amount of fertiliser we use.

We know the answer to that, because the use of fertilisers has already decreased by about 40% since the 1980s as costs increased, technical knowledge improved and farmers started to use fertilisers more judiciously.

The second question is whether further cuts are possible or feasible. We only have to look at the challenge we have with nutrient pollution in water to know we need to reduce nutrient loads into watercourses further.

We are setting ourselves a target to reduce those loads by a further 40% over the next 15 years.

In the short term, there is little that can be done to escape the cost of gas. Farmers will pay more for their fertiliser and must pass that on through the produce they sell.

However, as I explained to the NFU Conference in February, those increased costs will cause some farmers to use less fertiliser, some to use more nitrogen-fixing cover crops, and some to substitute at least a portion of their manufactured fertilisers with organic manures.

The specialisation of farming in recent decades, and the associated loss of livestock from the lowlands, leaves some specialist arable enterprises particularly exposed, but new fertiliser technologies are being developed at pace.

A few weeks ago I visited CCm Technologies in Oxfordshire. It is pioneering new technology that takes the digestate residues from anaerobic digestion (AD) plants and converts it into a pelleted fertiliser that can be put through a fertiliser distributor just like the white prills arable farmers rely on.

There are numerous other manufacturers in this sector, creating ever more precise products based on organic resources and by-products that are currently considered “waste”.

There are millions of tonnes of such wastes from AD plants and sewerage works, and there is evidence that some of these products can release their nitrogen over a slightly longer time period while reducing the problem of ammonia air pollution.

Many of the challenges we face in agriculture will require a fusion of the best technology available to us today with a rediscovery of some of the conventional principles of good farm husbandry. It is important that we keep our minds open to creative solutions.