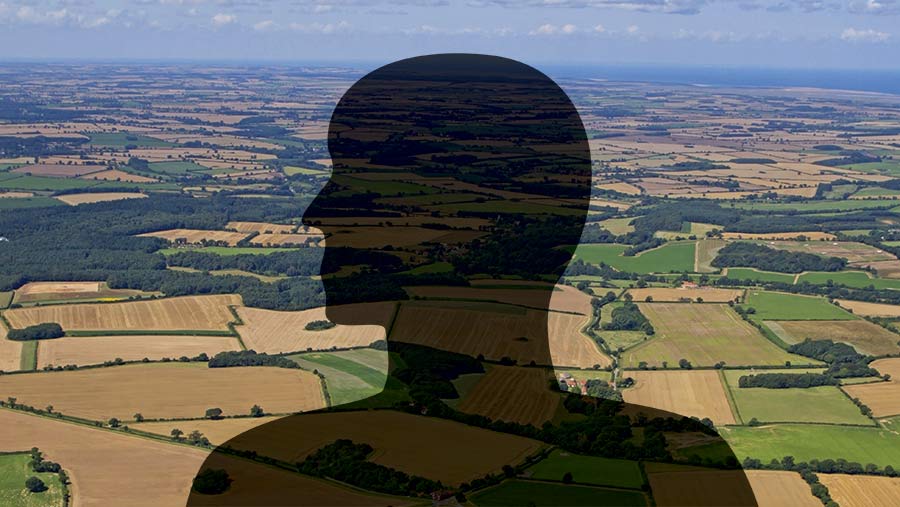 The source has told Farmers Weekly that the checking process for handling ELS/HLS claims using Natural England’s Genesis IT system was “long-winded”, which meant processing between five and 40 claims a day, depending on the complexity.

But by mid-2018, processing more than two or three claims a day was difficult following a remapping exercise carried out by the RPA, which involved reconciling the land changes to the original agreements.

Under the EU’s Common Agricultural Policy, the RPA is required by the European Commission to ensure that its digital land mapping data is no more than three years old.

The RPA says it updates its digital land maps throughout the year. This involves using the latest information from farm inspection findings, Ordnance Survey (OS) maps from different time periods, plus aerial photography.

The source said the RPA’s decision to carry out a remapping exercise in July 2017, called Proactive Land Changes Detection (PLCD), made a “horrific mess of the technical mapping for many farmers” –  and it is claimed that it went “far beyond anything that was necessary”.

Reconciling the “flaws and quirks” of the NE’s Genesis IT system with the PLCD resulted in almost every ELS/HLS claim needing “significant, and usually pointless” land changes.

It is understood that the RPA contracted out the PLCD remapping process to a company overseas.

But Defra told Farmers Weekly it could not reveal the identity of the contractor “due to commercial sensitivities”.

The source claimed: “Instead of a manual process of checking and comparison, which is what the EU rules meant in spirit, Defra decided on a completely automated process, which was then contracted out to a private company overseas.”

Natural England software would typically show maybe one or two mapping “warnings” for any given claim, which were usually “easy to resolve”.

But by late 2017 and early 2018, there had been a “massive increase” in the changes to the mapping and the number of warnings that the computer system threw up multiplied significantly.

To process claims, the “warnings” or anomalies in the mapping would have to be resolved fully before the individual claims were then put through multiple stages of audit.

The NE listings of options and parcel areas had to match the RPA mapping to be reconciled with the agreement.

In some cases, the technical mapping of farmers’ land would see 12-15 land parcels changed. But the options would need to be reapportioned in order to match the value of the claims made in the original agreement.

“Some of these changes can be very fiddly. It could take days to get that kind of case resolved,” the source said.

“You would be grinding through the system for hours and hours trying to make the record on the internal computer system that Natural England has match the RPA’s mapping.”

Consequently, delays in processing farmers’ claims of up to six months – or even longer – were common.

Staff in NE’s technical services team were required to examine the RPA’s mapping and reconstruct the ELS/HLS agreement on NE’s system.

If the reconciliation showed that too much land had been removed, NE staff needed to tell the farmer to ask the RPA to amend the mapping.

And, too often, the rules required NE’s staff to issue a “recovery” instead. This could mean a substantial repayment bill for the farmer, running to hundreds or even thousands of pounds.

The source said: “To me, it was simply the case that we were fining farmers for the RPA’s mistakes. It was absolutely unethical. That was my red line; I finally quit because I couldn’t be involved in enforcing such a needlessly punitive approach.”

Throughout this process, the source said the only contact points between NE staff and the RPA were through either a generic email or central phone number.

“Considering that they were supposed to be our closest partners in Defra, it was a completely dysfunctional approach.”

There was “reasonably frequent” contact with farmers. But most of the time NE staff were just the “bearers of bad news”.

NE technical support staff had a “Lines to Take” document to guide them when farmers would ring in to ask about the progress of their ES claims.

“When a farmer called in and asked: ‘Where’s my claim? What going on?’ that was logged and put on a different file, which was supposed to be prioritised.

“You would get shuffled as far to the front of the queue as possible.”

The source was “not surprised” that Defra announced in September that it needed to resort to making bridging payments to farmers still awaiting payments for 2016 and 2017 ES claims.

Up to 1,000 unpaid farmers and landowners received bridging payments, worth at least 75% of the original claim, during September. But it remains unclear when the outstanding 25% of the payment claims will be processed.

Natural England and Defra senior management and ministers should be more “open and honest” about how badly ES payments had been handled, the source said.

“The farmers who are supposed to benefit from the work that NE does have had to fight and struggle to see the real benefits that they should have been able to expect as a basic right,” the source added.

“When you sign an ELS/HLS and Countryside Stewardship agreement, that is binding on you as a farmer, but it should also be binding on Natural England and Defra. Defra’s agencies should not be arbitrarily changing the agreement.”

The source also questioned whether this government would get the payments systems right after Brexit. “All of the key process decisions are made in the UK, in Whitehall. It’s ridiculous to blame the EU,” the source added.

And the source described claims by Defra secretary Michael Gove that farmers will benefit from a better subsidy structure outside the EU as “absurd”.

“The rollout of Countryside Stewardship has already been a bit of a nightmare. The new system they brought in had more bugs than a cockroach nest. I spoke to farmers who really were completely stuffed by it.

“Meanwhile, much of the money pot is dependent on EU funds. With so many ongoing cuts, it’s naïve to assume that spending on CS or any successor will be ring-fenced long-term.

“I don’t think things can meaningfully improve while the current policy decision-makers are still in the same positions.”

Farmers left in the dark over payment delays, says NFU

NFU deputy president Guy Smith says the union is hearing from hundreds of its members who want to know when they are going to be fully paid for work completed under ES. Having received a 75% bridging payment a couple of months ago, there seems little sign of full payments going out.

“We suspect the remapping exercise and IT problems are the main cause of this payment log-jam, but this explanation is no solace to the thousands waiting for money,” he said.

“As ever, it’s not just the lack of money that causes stress, it’s also being left in the dark as to when the outstanding money might be paid.”

Mr Smith added: “We understand there are plans to improve the process and we accept these efforts are earnest and genuine. However, this is not addressing the immediate issue of unpaid claimants left short of money. Somehow this impasse needs unlocking in the short term.”

Farmers are suffering cashflow problems following a dry summer, which has increased production costs and forced many to dip into their stores of winter feed early.

For many, the delay in payments could not have happened in a worse year, Mr Smith said.

“The critical point about ELS/HLS is that farmers have already forgone income and forked out money from their own pockets to deliver these schemes,” he added.

“It’s like doing work for someone and being told: ‘Sorry. I can’t fully pay you now. I also don’t know when I can pay you.’ It’s very unsatisfactory.”

“I was moved – often incorrectly – from pillar to post. I eventually spoke to someone from the RPA/NE in Leeds, who assured me – unconvincingly – that they are on track for 2017 ES payments to be settled by November.

“But while telling me that the 2018 payments were on track for December, this was corrected by a supervisor saying: ‘No, no. We mustn’t say that.’”

Mr Gurney would like Defra to make payments based on previous years now and deal with over- or under-payments in due course.

“This year, more than ever, livestock farmers have the triple whammy of a long, cold winter, a dry summer and little or no winter feed – and they still can’t plan for any future receipts,” he said.

He is also concerned that 2018 Basic Payment Scheme payments could be delayed again for many this year due to remapping.

Like many farmers, Suffolk grower John Pawsey had a six-month delay in receiving his 2017 stewardship payment. 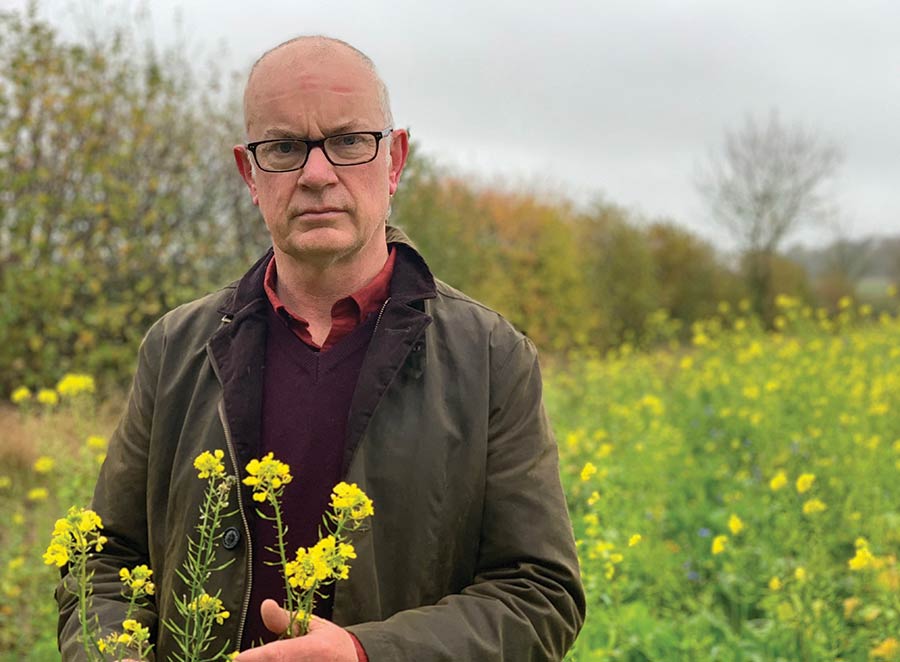 After months of telephoning Natural England asking when he would be paid, he finally received his money in June.

“Whenever I rang Natural England they were incredibly helpful. But it got to the stage when they said: ‘We don’t know when you are going to get paid’,” he said.

“These payments are a very important part of our cashflow. It’s a major part of what we do.

“You are putting a lot of money and effort into it. Then you don’t get paid on time – that’s the frustration.”

Mr Pawsey has also helped to set up a Countryside Stewardship scheme on a neighbouring farm, which he contract farms.

He believes Defra must seriously raise its game to avoid a shambles after Brexit, which will see thousands more farmers enter green schemes.

“Defra is developing new schemes and I’m incredibly worried as nothing seems to improve,” he said. “It’s imperative they get it right.”

The delivery of Environmental Stewardship and Countryside Stewardship moved from Natural England to the Rural Payments Agency (RPA) on 1 October.

Defra, Natural England and the RPA say they are working closely together to deliver improvements by implementing a programme of measures.

Defra said agreement holders should continue to use the routes they do now to raise agri-environment scheme queries – the same phone numbers and Natural England email addresses.

An RPA spokesperson said: “We are required by the European Commission to update our digital land maps throughout the year. Updates are based on the latest information from farm inspections, aerial photography and the Ordnance Survey, as well as following requests for changes from applicants.

“We want to move away from remapping and focus on environmental outcomes without the bureaucracy that comes with it.

Have you been affected by late payments?

If you are a farmer or land manager who has experienced late ES or CSS payments, we would like to hear from you. Contact philip.case@proagrica.com