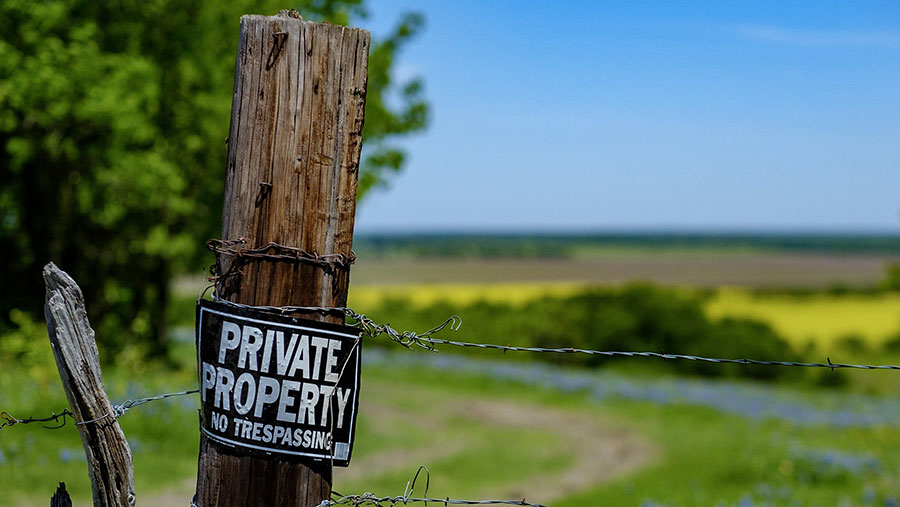 Extinction Rebellion has been blasted for a planned mass trespass in the countryside despite the activists insisting farmers are not the target of the “land misuse” demo.

The “This Land is Our Land” event will take place on Saturday 24 April and encourages people across the country to walk on private land to mark the Kinder Scout trespass in 1932 which saw five men jailed.

Extinction Rebellion says much of the land in England is being “criminally misused”, including deforestation, and moors and peatland being burned.

The event was initially organised as a mass demonstration in one or two locations, before coronavirus restrictions on gatherings were introduced.

There are fears farmers could now be affected by local action at a critical time of the year, with lambing, calving and fieldwork in full flow.

The Country, Land and Business Association (CLA) said it “beggars belief” the demonstration could affect farmers who have been working to feed the nation during the coronavirus pandemic.

CLA president Mark Bridgeman said: “We have 140,000 miles of public footpaths in England and Wales alone. That’s enough to circumnavigate the world six times, and is more than any other country of comparable size.

“Extinction Rebellion encouraging people to trespass onto private property, no doubt frightening many people who live in isolated communities, is as unnecessary as it is cruel.

“The group argues that they are responding to divisions in society. It might be worth asking who is creating this division – our farmers, who produce our food, plant trees to mitigate climate change and help maintain public rights of way for millions of people to enjoy, or political activists threatening trespass?”

A spokesperson for Extinction Rebellion said the “peaceful, non-confrontational action” was not targeting farmers.

“We have always been clear that rebels should be mindful of livestock, wildlife and crops.

“Farmers are as vulnerable as any of us to the whims of the tiny minority of aristocrats, oligarchs and corporate interests that control the land – they are an essential part of how we nurture it so that it can nourish us all.

“The Kinder Scout trespassers acted out of a love of the land and that civilly disobedient spirit lives on today in those opposing fossil fuel projects, wildlife-hating crimes and greenbelt infrastructure projects that serve only the elite. Our land should unite us.”