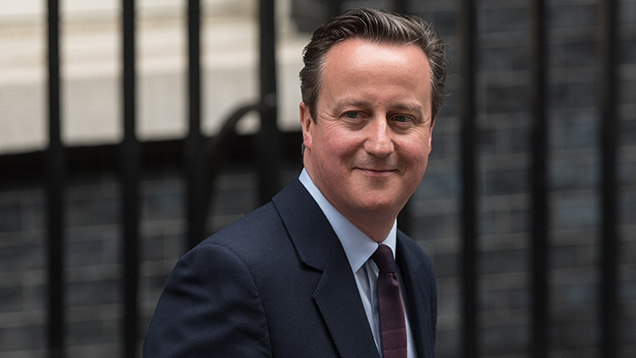 The new Conservative government has much to get to grips with when it comes to farming. We take a look at 10 priorities for agriculture.

A majority Conservative government means David Cameron no longer has to take into account the wishes of the Liberal Democrats when naming his new Cabinet.

Even if Liz Truss stays as Defra secretary – which some commentators believe is unlikely – we can expect to see at least one new face at the department.

That is because the post of environment minister is vacant following the ousting of the Lib Dems, which saw North Cornwall MP Dan Rogerson lose his seat.

Tory farm minister George Eustice, who could yet be reshuffled, comfortably retained his Camborne and Redruth seat, increasing his majority from just 66 votes to more than 7,000.

2. Sorting out the farm payment system

Despite continued assurances from the Rural Payment Agency, many farmers are still waiting for vital information so they can complete basic payment applications.

The 15 June deadline is just a few weeks away and there is a real likelihood that some farmers will not be able to submit claims on time.

Agency staff will have their work cut out over the summer months to ensure applications are processed and claims can be paid once the payment window opens in December.

The Tories will be keen to avoid another fiasco like the one presided over by Labour, which saw payments to farmers delayed following the last CAP reform a decade ago.

The battle against bovine TB is perhaps the biggest and most emotive challenge to the new administration when it comes to farming.

Legal challenges by wildlife campaigners is hampering Defra plans to eradicate bovine TB by 2038 – and the battle against the disease has effectively been on hold for the past six months.

The 25-year strategy introduced by the Tory-led coalition in 2013 is already behind schedule after just two years.

Farm leaders and vets will present a “broad agreement” on how the disease should be fought to the new government, but wildlife groups will continue to challenge policies focusing on culling.

The Tory manifesto pledged a long-term vision for British farming, promising to work with the industry to develop a 25-year plan to “grow more, buy more and sell more British food”.

It is worth reiterating that the Conservatives see the farm strategy being industry-led, rather than imposed on the farming sector by the government.

The NFU says it is up for the challenge, but says it needs the support and commitment of government to back the industry so it can feed a rising population.

An NFU report estimated that UK self-sufficiency would slump to 53% of the nation’s needs by the mid-2040s if we stay at current production rates.

5. Our relationship with Europe

The Tories have pledged to renegotiate the UK’s relationship with Brussels – and hold an in-out referendum on the UK’s membership of the European Union.

A referendum on UK membership of the EU is now likely before the end of 2017.

Farming is one of the biggest financial beneficiaries of EU membership – and the Conservatives have failed to say how agriculture will be supported should the UK go it alone.

In the meantime, industry leaders want Brussels to take what they describe as a more “science-led approach” towards active ingredients in agrochemicals.

The Tory manifesto promised to liberate farmers from red tape by co-ordinating all visits through a single Farm Inspection Taskforce.

This taskforce will “involve farmers themselves and use data from existing schemes, such as Red Tractor” in a bid to reduce the number of inspections.

Less red tape will be welcomed, but farmers will be mindful that reducing unnecessary bureaucracy is often promised by politicians but seldom delivered quickly.

The Tory-led government set up the Farming Regulation Task Force to reduce red tape but it took years to implement its findings – and not all of them have been implemented now.

The Conservatives have pledged to promote British food abroad by setting up a Great British Food Unit to help trademark and promote local food around the world and back home.

They have also pledged to guarantee that all central government departments purchase food to British standards of production by the end of the new Parliament.

This does not necessarily mean that all food consumed in Whitehall will be British – just that it meets British standards if it is imported.

The landslide victory for the Scottish National Party (SNP) north of the border has a particular relevance when it comes to agriculture.

Farming is a devolved issue, so governments and assemblies in England, Scotland, Wales and Northern Ireland decide their own agricultural policies.

This means 56 SNP MPs will be voting on agricultural policies for England but English MPs have no say on farming policy for Scotland, which is decided by the Scottish government.

Rural areas continue to languish behind their urban counterparts when it comes to broadband, with connections in the countryside a fraction of the speeds in towns and cities.

The Tory-led coalition with the Lib Dems and the Labour government before it failed to meet targets to deliver faster rural broadband.

The Country Land and Business Association says the new government must “maintain momentum” when by delivering reliable and effective rural broadband.

Farming and other rural businesses must have confidence that targets will be met to prevent uncertainty hampering investment, job creation and growth.

10. Attracting more people into the industry

The need to attract new entrants into farming is an old chestnut – and it is often more easily said than done.

It is not enough to attract just anyone, farming is an increasingly high-tech business and needs well-trained employees and new entrants.