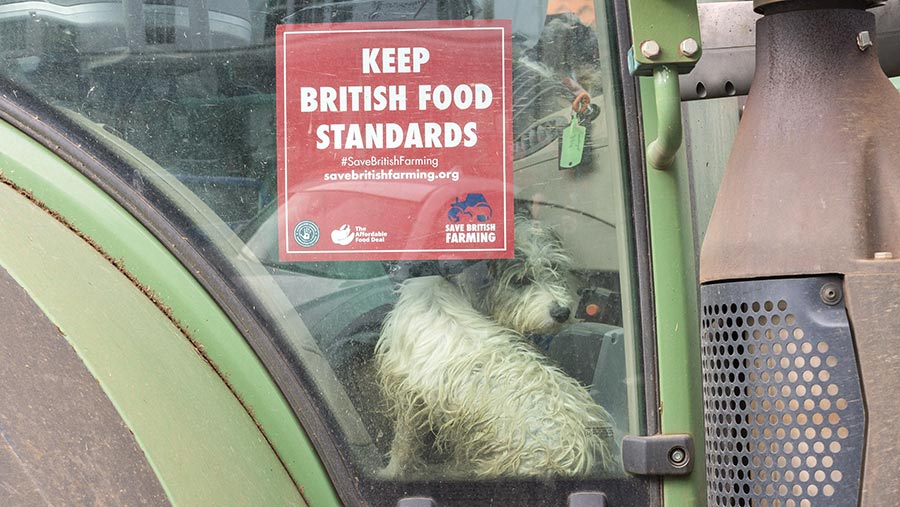 From the emergence of a global pandemic to the completion of Brexit, and the extremes of weather, 2020 will go down in farming history as one of the most tumultuous in living memory.

There have been some wins, as well as challenges, we look at some of the better developments in agricultural politics.

The most important piece of legislation for English farmers in almost half a century is how many view the new Agriculture Act, which received royal assent in mid-November.

And while there are shortcomings, especially around food standards and imports (see below), there have been some significant improvements since the bill first emerged in 2018.

These came to light in January, when the bill was reintroduced following the previous month’s general election. Unlike the original, greater importance has been given to food production, in particular food security, with the government committing to a review every three years.

The legislation provides for multi-annual budgets of no shorter than five years to fund support, “having regard to the need to encourage food production”.

It also specifically mentions soil improvement as something that warrants financial support, and the government promises to help farmers get a fairer return from the market place.

There will be grants from next year to help farmers improve productivity, while the Animal Health and Welfare Pathway will provide financial incentives to raise welfare standards.

The Act gives government the power to intervene in unexpected market disruption. And it resolves the “red meat levy” dispute, ensuring that more levy money, collected on animals slaughtered in England, will return to promotion bodies in Wales and Scotland.

Basic Payment Scheme (BPS) funding will start to be phased out from next year. But there will be an option to take the money upfront in 2022 as a possible means of retiring from the sector. The BPS will also be “delinked” from a need to produce, helping to simplify the system.

The new Act deals largely with future agricultural policy in England. Different approaches are still being developed in the devolved regions.

The three-crop rule was finally relaxed for farmers across the UK – despite Defra secretary George Eustice repeatedly refusing to scrap it.

But, speaking at the NFU’s annual conference in February, Mr Eustice rejected requests to lift the rule, though in March he changed his mind, accepting it was not practical after wet weather limited farmer’s options when it came to drilling spring crops.

With the Brexit transition period due to end on 31 December 2020, Defra later confirmed that farmers in England would no longer have to comply with any EU greening measures in order to receive their full basic payment in 2021.

The three-crop rule was also dropped in Scotland for 2021 support claims. But in contrast to England, the Scottish government said other greening requirements would be retained, subject to a wider review.

The Welsh government, which is continuing to use CAP support mechanisms for the immediate future, said it was taking steps to simplify the implementation of existing subsidy schemes.

The 30% greening payment is being absorbed into direct payments – but farmers will still have to meet permanent grassland and environmental focus area requirements under the cross-compliance system.

In November, Defra secretary revealed his Agricultural Transition Plan. As well as steep cuts to BPS funding, he also revealed that farmers would, in 2022, be able to join the Sustainable Farming Incentive – the first level towards a new three-tier Environmental Land Management scheme – and would be able to apply for grants under a new Farming Investment Fund.

Farmers flexed their political muscles in 2020, in protest against threats to British food standards in future trade deals with the US and other countries.

Campaign group Save British Farming organised a string of tractor demos – in London, Wiltshire, Yorkshire and Leicestershire – after Conservative MPs failed to amend the Agriculture Bill to protect the high standards of British food and farming from cheap imports.

In July, a convoy of 20 tractors, Land Rovers and 4x4s snaked its way through Parliament Square to send prime minister Boris Johnson and his government a strong message – don’t undercut British farmers and sign trade deals which flood the UK market with imports produced to lower standards.