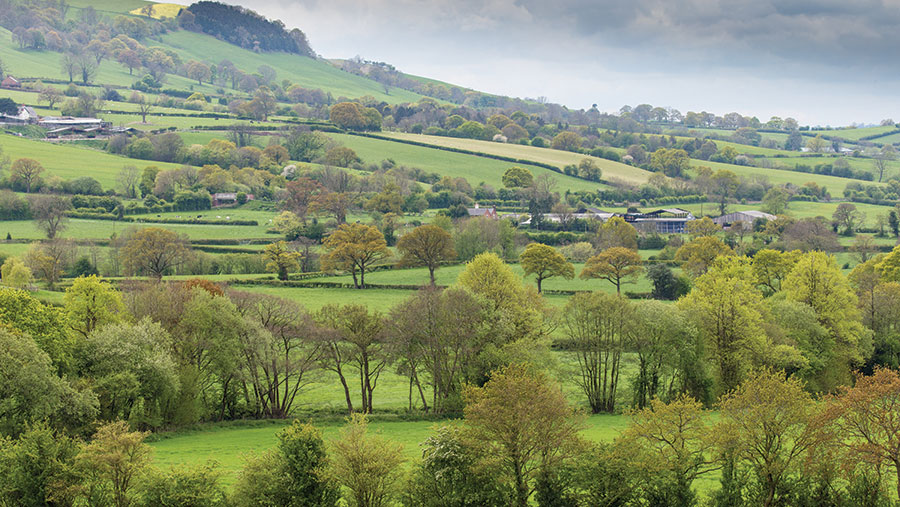 Statutory levies are still the best means of funding the AHDB in the post-Brexit era, but farmers should be balloted every five years to confirm this approach and to say how the money should be spent.

Those are among the key findings of Defra’s investigation into the future of the AHDB, which were published earlier this week.

Introducing the government response to the Request for Views document – originally launched in August 2018 – Defra farm minister Victoria Prentis said the fragmented nature of farming “means there is a strong case for some form of statutory levy”.

This would support “collective endeavour” in areas such as market access, research and development, technical advice and knowledge exchange.

But Ms Prentis said there was also scope for improvement. “It is apparent that respondents want to see an overhaul of the current structures of the AHDB and a reform of its governance, so that it is operating in a more modern and effective way.”

To provide an overview of the key findings, the Defra report is broken down into four areas:

Of these, there was strong support for more market development, export development and research, with slightly less emphasis on knowledge exchange. Beef and lamb producers were especially keen for extra marketing spend, while the horticulture and oilseeds sectors were less bothered.

In terms of research and development, cereal growers were the most supportive, with dairy farmers and potato growers the least enthusiastic. Many respondents said the research undertaken by the AHDB should be better targeted and more “farmer led”.

Dairy UK, for example, said AHDB research was “not responsive” to the immediate concerns of the farming industry, while the National Sheep Association (NSA) said it was “low impact”.

Market intelligence and communications were not seen a quite so important by respondents, with potato growers and horticulturalists suggesting the AHDB should “do less”, but with the pork, beef, lamb and oilseeds sectors wanting it to “do more”.

With regards to new areas of activity, there was demand for a new knowledge hub, greater EU exit support and for more work on environmental sustainability.

Respondents strongly supported having the opportunity to vote on the continuing existence of the statutory levy every five years, with 69% in favour.

The NFU and NFU Cymru, however, opposed the idea of a five-year vote – in contrast to most other organisations.

Almost half also felt there was a need for additional levy payer representation, to make the boards more transparent and accountable, compared with 31% who were against the idea.

It is clear that levy payers want to have more influence on the strategic direction of the AHDB, and a greater say in how it spends their money, with the lamb, beef and cereal sectors especially keen on this point.

A common thread was that there should be more farmers on the various boards, with the NSA saying sector board members are not representative of levy payers, while the National Beef Association (NBA) described the AHDB as “top heavy”.

Almost two-thirds agreed the AHDB should continue to operate a statutory levy to undertake activities in their sectors (see pie chart below) though there were big differences between sectors.

For example, only half of dairy and potato producers wanted to retain the levy, compared with nearer three-quarters of lamb and cereal producers.

The NBA said a statutory levy is the only way to ensure all contribute to industry development, while the Ulster Farmers’ Union said it gives transparency and reassurance.

A voluntary system of funding was less well supported, with respondents saying such an approach would increase bureaucracy and allow non-levy payers to still benefit.

However, 33% favoured a move to the AHDB charging for its services, as this would make it more market focused. The pig sector was the most enthusiastic about this approach.

Overall, respondents were content with both the point at which the levy is collected and the way it is calculated (see pie chart below). “The current point of collection is established, understood and works and, consequently, we see no reason for change,” said the NSA.

Similarly, 56% of respondents were content with the current basis of levy calculation, though 29% were dissatisfied, especially in the horticulture sector, which objected to the levy being based on turnover.

Some would prefer to base the calculation on profitability, while others suggested a tonnage approach.

Many respondents also felt that supermarkets, processors and packers should contribute to the levy.

Based on this feedback, Defra has identified a number of priorities.

With regards to the AHDB’s future work, it says the emphasis should be on market development and improving farm performance. “These priorities will be increasingly crucial to ensure British agriculture fulfils its potential now we have left the European Union,” it said.

On governance, it says the AHDB “must take seriously the need to reduce bureaucracy, give greater accountability to levy payers and ensure wider representation of levy payer views”. There is also a need to facilitate cross-sector working and communication.

When it comes to funding, the government is recommending maintaining the statutory levy, but adds there should be a ballot of levy payers every five years on the future of the levy and the strategy in each sector.

The Request for Views ran from 31 August until 9 November 2018 across the UK, seeking stakeholder views on how the AHDB is managed and funded, as well as the type of work undertaken.

In total, just over 900 responses were received – 83% of which were levy payers and 84% were based in England. Of these, 43% said they were positive about the AHDB compared with 33% who were negative.

Defra and the devolved administrations will now work in partnership with the AHDB and other stakeholders to put the ideas into practice.