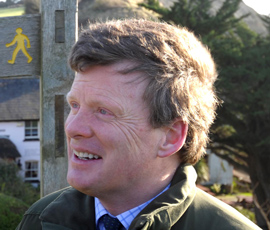 The government cannot guarantee that British farmers will not be worse off than their French and German counterparts as a result of this week’s CAP reform deal, DEFRA junior Richard Benyon has admitted.

“It’s not a perfect deal,” he said in response to questions at the Central Association of Agricultural Valuers’ annual conference today (28 June), adding that there was intrinsic historical unfairness in the policy.

Mr Benyon also criticised the NFU for its negative reaction to the deal. “I do think it’s difficult if organisations like the NFU get the tone wrong – huge sacrifices have been made in the public sector and farming still gets huge amounts of public money.

“We have seen off the regressive proposals and we do have to make sure that our industry is getting it right and if we shout too loudly that it’s a bad deal for British farmers there will be a lot of people who would say: ‘Well, I’d like to have your problems.'”

NFU vice president Adam Quinney said that the deal neither drove production, nor gave a level playing field. “I don’t believe we’ve had a fair deal,” he told the minister, who later said that he had used ‘slightly harsh’ words over the NFU reaction.

Speaking to Farmers Weekly, Mr Quinney said that there were two key issues relating to the deal: “Have we had a good negotiation to get our fair share of the EU budget? No, we haven’t. Secondly, we were prepared for fair cuts, but we will be disadvantaged even more – these reforms do not encourage investment to increase food production.”

Mr Benyon told the CAAV that the government’s priorities for DEFRA were to grow the rural economy, to improve the environment and to safeguard the UK from animal and plant disease. “Our aim is to increase competitiveness by reducing regulations and getting out of people’s hair.”