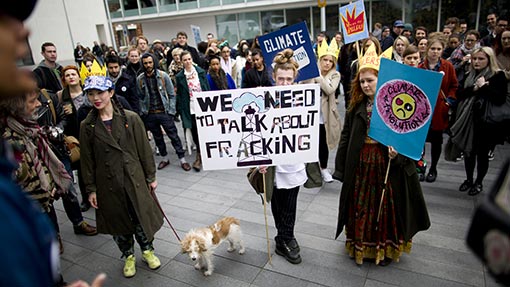 Landowners have accused the government of disregarding property owners’ rights in the drive to carry out shale gas exploration and extraction.

The CLA said the government plans for so-called fracking, had “too little regard for property rights and long-term liabilities in order to meet the demands of energy industry investors”.

The organisation launched the attack in its response to the Department of Energy and Climate Change’s (DECC) Consultation on Underground Drilling Access. The consultation proposes removing the need for landowner consent for underground works associated with oil, gas and geothermal heat exploration.

Although CLA president Henry Robinson said he was not against developing the UK’s shale gas and geothermal resources, he had serious concerns with the proposals.

“The consultation is extremely one-sided, squarely aimed at meeting the demands of the energy industry while disregarding the rights and concerns of UK property owners,” Mr Robinson said.

“Large-scale shale gas development is new to the UK and the long-term implications are relatively unknown. There is currently no clear system in place to protect landowners from any ongoing liability should problems occur once a well has been abandoned.

“This is a major concern for our members and a glaring omission from the consultation. Land and property owners must be protected before further development takes place,” Mr Robinson said.

He added that no real consideration had been given to alternative means of gaining the underground access required.

“The government wants to streamline the existing system of access, but we see no reason why the fracking industry should be entirely absolved of its duties to identify and agree access with landowners as other profit-making industries have to.

“Many of the proposals seem to be aimed at reducing the upfront cost of exploration, but we have seen no evidence to suggest that access is anything more than a tiny proportion of the total development cost for a well. There are other ways to deliver the access required without the need for legislation.”

And the CLA president said the voluntary community fund included in the proposals is an incentive for the local community, but misses the point in providing compensation to those whose rights were infringed.