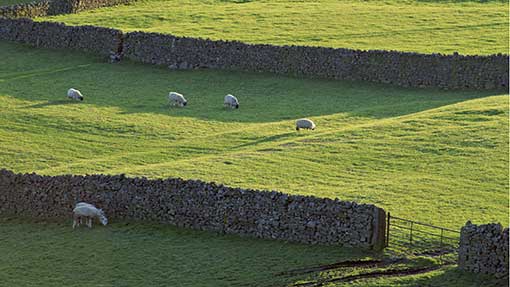 Farmers planning for changes in CAP support face further uncertainty after a legal challenge to the definition of permanent pasture.

Under the Single Payment Scheme (SPS), permanent pasture is land growing grass for five years or longer – whether or not it has been reseeded. But that could change after a German farmer challenged the definition in the European Court of Justice (ECJ).

Cattle producer Martin Grund argued that his pasture should not be considered permanent because he had reseeded it. This, he said, constituted crop rotation.

European advocate-general Eleanor Sharpston has advised the ECJ that the five-year period should indeed be deemed broken if land was ploughed and reseeded with a different grass or herbaceous forage mix. But harrowing or overseeding did not break the qualifying period.

Although the court is expected to make its own ruling, in the vast majority of cases it adopts the advocate-general’s advice. This could disadvantage grass farmers who plough up leys after three or four years to ensure they are fully productive.

“This opinion complicates things,”said Richard King, partner at farm business consultant Andersons. If it was adopted, UK farmers could find they had to introduce additional green measures to offset any permanent pasture reclassified as arable land.

Julie Robinson, partner with agricultural legal specialist Roythornes, said the case could upset planning for the Basic Payment Scheme, due to replace the SPS from 1 January 2015.

“The distinction between arable land and permanent grassland is crucial, with ecological focus area obligations depending on it,” she said. A change to the definition would add to uncertainty already surrounding the new scheme. “This isn’t great timing for a decision that upsets current thinking on permanent pasture,” she said.