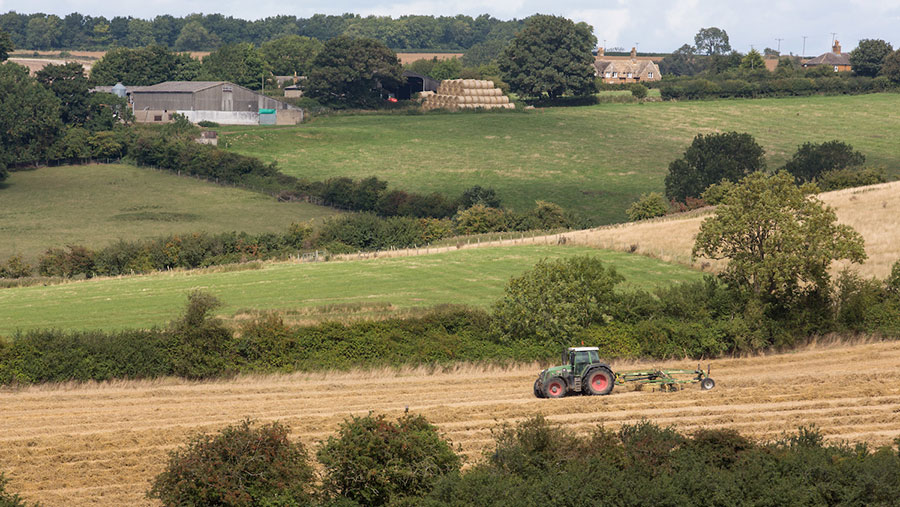 Industry leaders have hit back after a government adviser suggested the UK doesn’t need farmers and could import all its food instead.

Remarks made by Treasury adviser Tim Leunig made the front page of the Mail on Sunday with the headline: “Leaked emails: Britain doesn’t need farmers”.

In the leaked emails, Dr Leunig said the food sector “isn’t critically important” to the UK and farming and fishing “certainly isn’t”.

Rather than producing its own food, the UK could follow the example of countries such as Singapore and import everything it needs, he suggested.

Singapore was “rich without having its own agricultural sector,” said Dr Leunig.

He made the remarks in a submission to Defra’s National Food Strategy, which is reviewing the UK’s food and farming system.

The comments were subsequently reported by other media outlets, including the Guardian and Sky News – bringing a swift response from farm leaders.

“Singapore has five million people, and doesn’t have any farmed landscape, so it actually has to import all its food,” Mrs Batters told the Sophy Ridge On Sunday show on Sky News.

“Here, 75% of Britain is a farmed landscape, we have a fantastic maritime climate in which to produce our food, and we have more than 60 million people here to feed.

“There’s a sort of moral imperative, if you like, for us to be able to produce food in this country.”

Country Land and Business Association spokesman Jonathan Roberts said Dr Leunig’s comments had been made in a leaked email with little context.

“It’s not the view of any MP, peer, minister, official – or adviser – I’ve ever met,” he tweeted.

“We must never rest on our laurels; we should always champion and defend British farming – but we shouldn’t worry too much about headlines like this either.”

Mr Benn tweeted: “I’m afraid there has always been a strain of this thinking in the Treasury.

“It is profoundly mistaken. Agriculture is a strategic industry.”

Rare Breeds Survival Trust chief executive Christopher Price said Dr Leunig seemed to know the price of everything and the value of nothing.

“He may be right in saying that agriculture is not economically important when it comes to UK GDP, but it is vitally important environmentally, socially, culturally and for food security.

“That is why it is essential that the government maintains its commitment to support and protect it.”

The Press Association news agency reported that the remarks were made in personal emails and that Dr Leunig was not speaking in his Treasury role.

The government distanced itself from his comments.

A Treasury spokesman said: “We have made clear the comments are not in line with government policy.”