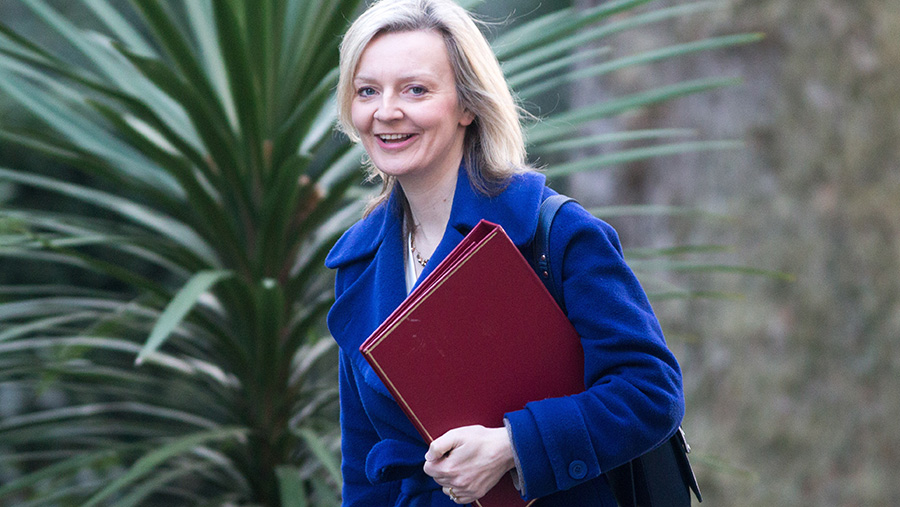 Farm output and competitiveness will rise after the government unveils its 25-year plan for the sector, Defra secretary Liz Truss has claimed.

British agriculture was being energised by new talent, innovation and science – and the government, said Ms Truss.

The plan would build on new opportunities that were emerging as international markets opened up and consumers change their tastes, she said.

The government was further helping farmers by reducing the burden of regulation and investing more in building resilience against the twin threats of flood and disease.

“Action in all these areas and confidence in the future are at the heart of the 25-year plan for food and farming we will be publishing shortly,” said Ms Truss.

“It will detail how we will attract even more skilled people to the industry, build the British brand and increase exports.

“And it will give farmers the tools to improve productivity and competitiveness so the future is sustainable, profitable and world-leading.”

“It will detail how we will attract even more skilled people to the industry, build the British brand and increase exports”
Liz Truss, Defra secretary

Developing the skills the industry needed would be central to the plan, Ms Truss told the NFU’s annual conference in Birmingham last Tuesday (23 February).

“One of our manifesto commitments is to treble the number of apprenticeships by 2020. The Food and Drink Federation have already committed to this target.

The government has come under criticism in recent weeks for the amount of time it is taking to publish the 25-year strategy for food and farming.

Initially, it was expected that the plan would be launched before Christmas. Now the government says it will be published later this spring.

“We are calling on the government to provide the tools our sector needs to overcome the challenges and ensure they thrive,” he said.

A culture change was needed in the way food and farming was valued, he added.