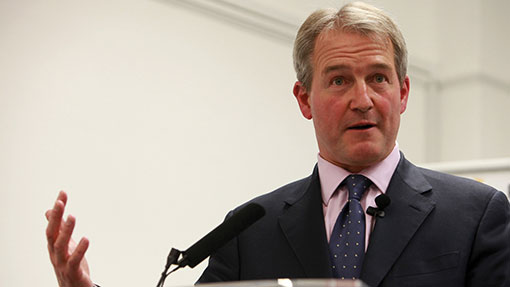 Defra secretary Owen Paterson has announced further details of CAP reform in England, including long-awaited measures on greening and cross-compliance.

One of the components of CAP greening will require farmers with more than 15ha of arable land to maintain 5% of that arable land as an ecological focus area (EFA).

Under EU regulations, a range of measures are on offer for farmers and landowners to meet EFA requirements.

In a written ministerial statement, released on Tuesday (10 June), Mr Paterson announced details of the options available to farmers in England to meet their EFA obligations in 2015.

The list of available options is much shorter than the original potential EFA areas available to member states set out in EU legislation.

Some of the options excluded from the list include: agro-forestry, woodland margins, short-rotation coppice, ponds and in-field copses (under landscape features).

Although the list is smaller than expected, farmers who choose to grow nitrogen-fixing crops will not face any management restrictions.

Mr Paterson acknowledged that some farmers “may be disappointed” that Defra was “not able to offer a wider list of options”.

He said: “The EFA rules are the most complex single aspect of the new CAP, given the associated verification, control and mapping requirements.

“We must learn from the lessons of the past. We know from previous experience about the difficulties that can arise from introducing new CAP measures and systems, particularly those reliant upon mapping.

“I do not want to jeopardise the successful delivery of the Basic Payment Scheme [from 2015] for all out farmers.”

Mr Paterson added that he would be “pressing the European Commission hard” to clarify flexibility for adding additional EFA options to the list in future years.

He warned farmers that using hedges to count towards their EFA requirements would impose an administrative burden, which would have implications on the timetable to process claims that include hedges.

“Farmers taking this option will be encouraged to submit claims earlier and may expect payments towards the end of the window,” said Mr Paterson.

The RPA is expected to give further advice on this area.

To receive CAP payments, farmers will also have to adhere to “cross-compliance environmental regulations”. To reduce the burden on farmers, Defra has cut these measures from 17 to 11.

Mr Paterson said Defra will make maximum use of the weightings and coefficients provided for in the EU regulation for EFA options.

Reacting to the announcement, Alice de Soer, a CAP expert from the Central Association of Agricultural Valuers (CAAV), urged farmers to make best use of the exemptions available to comply with the greening measures.

Farmers should plan ahead and think about their arable area for next year, she added.

“That does not mean 5% of your arable area, particularly on the ground – it means more. Because of the weightings, farmers will have to put more area down on the ground.”

Meanwhile, Mr Paterson announced that he was removing the requirement for farmers to keep a soil protection review and to focus inspections “on outcomes, rather than paperwork”.

The NFU has welcomed Defra’s stance on CAP as a “sensible compromise for farming and environment”.

The union singled out the decision to allow nitrogen-fixing crops such as peas and beans to count towards greening measures as a victory for farmers.

“NFU members have been awaiting these critical announcements so they can plan for next year, and while many will be disappointed that all landscape features won’t count from year one of the new CAP, there will be some relief that nitrogen-fixing crops such as peas and beans will count.”