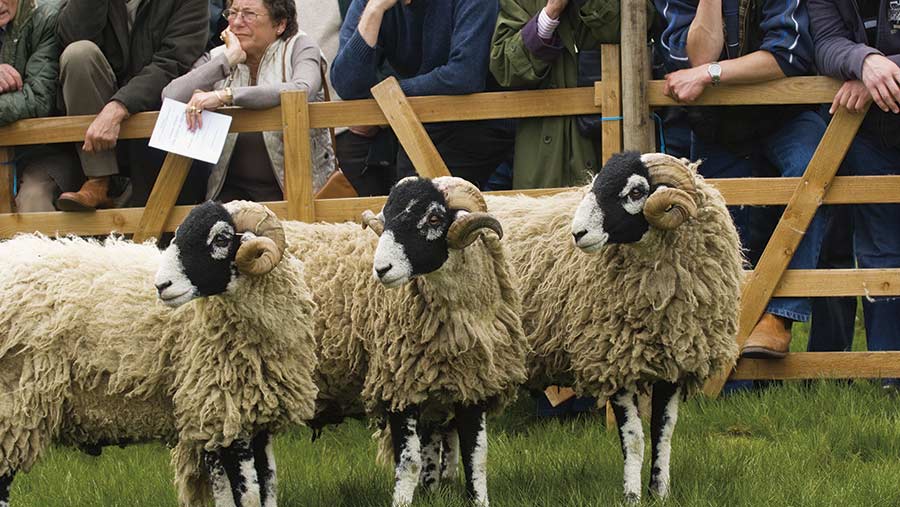 New Defra rules mean farmers in England who charge the public to attend events involving livestock or working animals will have to get permission, to avoid falling foul of animal welfare law.

The Animal Welfare (Licensing of activities including animals) England) Regulation 2018 came in to force last October aiming to increase standards for animals used for exhibitions.

See also: Opinion: Preparation is the key to success for Open Farm Sunday

Farmers who invite members of the public on to their land for paid-for events such as sheepdog exhibitions, livestock showing, turnout or lambing will require a licence costing around £260, however the cost could change from area to area.

The regulations do stipulate that a donkey in a nativity play would be exempt from licensing.

The legislation states that farmers who hold such events on a regular basis or who hold them infrequently but make “high profit margins” will need a licence that lasts for three years.

Applicants will have to apply to their local authority and pass an inspection to ensure their premises are suitable for exhibiting animals to the public.

However, the regulations delegate a large degree of discretion to local authorities, so individuals uncertain whether the rules apply to them should consult their local council.

Defra extended the pre-existing legislation to protect livestock on farms in conjunction with a move by environment secretary Michael Gove to ban the use of wild animals in travelling circuses.

“There was a purposeful shift to improve protection and intentionally broaden the requirements for licensing of businesses that exhibit animals,” said a Defra spokesperson.

Although the majority of individuals taking part in Leaf Open Farm Sunday (OFS) would not be affected by the changes, there would be some requiring licences, according to event manager Annabel Shackleton.

“It’s crucial as an industry that we continue to connect with the public and get them out on farms,” said Ms Shackleton.

“As farmers, we already have so many regulations with health and safety inspections and food hygiene rules.

“But it is important to maintain these high standards and show our visitors what we do as an industry.”

She added that any participants with concerns should contact the organisation for advice and guidance on the rule changes.

The NFU said it was seeking clarification from Defra on the exact circumstances under which members could be required to hold a licence under the new regulations ahead of Open Farm Sunday next month.

“Once we have this information from Defra, we will communicate this to our members as soon as possible.”