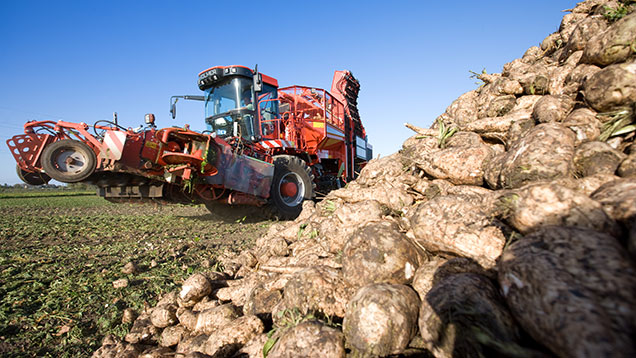 Doctors have called for a sugar tax – starting with a 20% duty on sugar-sweetened soft drinks to combat the UK’s obesity epidemic.

A taxation level in the region of 20% would help reduce sugar consumption and achieve positive health outcomes, it added.

The sugar tax call is included in a BMA report called Food for Thought: promoting healthy diets among children and young people.

It comes at a time when UK sugar beet producers are already under pressure from price cuts amid a glut of sugar on the world market.

“The NFU recognises that some consumers take in too many calories for their energy needs, but this must be tackled through proactive education and not taxation legislation targeted towards consumers.”
NFU Sugar spokesman

The UK sugar beet campaign in 2014-15 produced 1.45m tonnes of sugar and benefited from a large crop and good extraction rates.

To curtail oversupply, growers were asked to reduce the area under cultivation by more than 20% for the current 2015-16 crop.

It is not the first time the idea of a sugar tax has been mooted on health grounds.

British Sugar managing director Richard Pike said at the time it would be better to educate the public about what constitutes a healthy, balanced diet.

Mr Pike said: “Obesity is a complex issue and a result of many different lifestyle factors – there is no silver bullet to solving this problem.”

Government figures showed there had been a reduction of almost 12% in total sugar consumption in the UK over the past decade, said Mr Pike.

But Sheila Hollins, who chairs the BMA board of science, believes that people are still consuming too much sugar.

Professor Hollins said poor diets remained responsible for up to 70,000 deaths a year, and had the biggest impact on the NHS budget, costing £6bn annually.

“When people in the UK are already consuming far too much sugar, we are increasingly concerned about how they contribute towards conditions like diabetes.

“We know from experiences in other countries that taxation on unhealthy food and drinks can improve health outcomes, and the strongest evidence of effectiveness is for a tax on sugar-sweetened beverages.”

A tax of at least 20% could reduce the prevalence of obesity in the UK by about 180,000 people, said Prof Hollins.

The money generated could be used to subsidise the sale of fruit and vegetables, encouraging their consumption by more people, particularly low income households.

This was especially important as the price of fruit and vegetables had risen by 30% since 2008, she suggested.

“This is an important way to help redress the imbalance highlighted previously between the cost of healthy and unhealthy products, which particularly impacts on individuals and families affected by food poverty.”

An NFU Sugar spokesman said: “The NFU recognises that some consumers take in too many calories for their energy needs, but this must be tackled through proactive education and not taxation legislation targeted towards consumers.

“Education initiatives have led to sugar consumption per capita falling by 7.4% since 2002 yet over the same period the average adult has increased by 2kg in weight, so clearly this is a much more complex issue that needs detailed debate.”