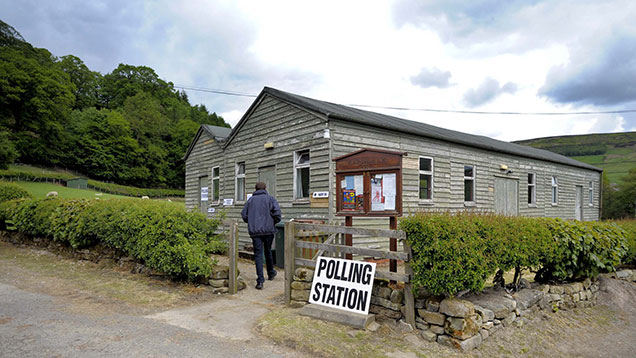 As the general election approaches, Matt Ware NFU head of government and parliamentary affairs, highlights the importance of the rural vote and explains why the countryside is a key battleground.

How important is the rural vote in this election?

With the tightest general election in modern political history, the rural vote is a key battle ground because it is home to most two-way marginal seats.

How many marginal rural seats are there?

There are 37 rural marginal seats in England alone. This is where the incumbent party has less than a 10% majority and is therefore vulnerable in the event of a 5% point swing in voting.

Who are the likely winners and losers?

The real rural voting question is what will happen to the Liberal Democrat vote – particularly in the Lib Dem stronghold areas of south-west England, Wales, Cumbria, north-east England and Scotland. Sitting Lib Dem MPs often retain their seats in the face of national polling trends – but there are a large number of marginal rural Lib Dem seats.

If the Lib Dem vote collapses where there is a strong third contender in a constituency, that seat may well be lost.

Equally, the impact of Ukip and where they get their votes remains to be seen.

In Scotland, the SNP are polling consistently high and certain to overthrow not only Labour but also Conservative and Lib Dem candidates in many seats.

Given this unprecedented complexity, it is fair to say that almost anything could happen.

This is likely to be one of the most tactical and individual elections ever seen, with seat-by-seat dynamics rather than national trends determining winners and losers.

This means farmers and rural residents have a real opportunity for effective local lobbying on local candidates, who will very much be in “listening mode”.

Are any farming MPs or representatives particularly vulnerable?

Yes. Most notably farm minister George Eustice (Camborne, Redruth and Hayle) who with a majority of just 66 (0.16% of the vote) has the second-most marginal rural English seat.

A former chairman of the National Federation of Young Farmers, his is the third-most marginal rural seat with a majority of 214 (0.4%).

Yorkshire farmer Julian Sturdy is 27th on our list of rural marginals with a majority of 3,688 (6.9%). Both these MPs have been very strong advocates for the industry during the past five years of the coalition government.

Are there any contentious seats policy-wise?

Yes, TB is relevant in several marginal South West seats where the MP has been for or against badger culling.

Neil Carmichael, a staunch advocate of the pilots in Gloucestershire, has a majority of 1,299 (2.3%).

He is up against anti-cull David Drew, who preceded him as MP, in the eighth-most marginal rural seat.

Meanwhile, the MP who is widely acknowledged as the brains behind the Conservative party policy machine, Oliver Letwin, in Dorset, has a slim majority of 3,923 (6.83%).

Are any notable farming-related MPs standing down?

Both served their constituencies and the sector well over many years, while Jim Paice is also a farmer in his own right and was YFC chairman in his youth.

What other notable rural MPs are standing down?

What can farmers do to ensure the rural voice is heard?

Here are my top three suggestions.

The NFU will be sharing its insight into the world of elections and lobbying right through to polling day and beyond. Follow @NFUPolitical on Twitter and check back on NFU Online for more on the work of the government and parliamentary affairs team in Westminster.

What are the big election issues? Health, Europe, the economy, immigration?

If you look through the history books you’ll find that agriculture, food and the environment have always been up there. In fact, go back 102 years and you’ll find that the first recognised British professional parliamentary lobbyist was one Charles Weller Kent of the NFU.

Back then he had a manifesto of 15 key policy issues.

These days we’ve got a team of professional lobbyists, identifying 100 policy areas that have been whittled down to 47 key asks in our NFU 2015 manifesto.

Over the next 25 days or so, the media will be in a frenzy of conjecture, interviews and speculation; all candidates will be declared by 9 April and then the main political parties will publish their manifestos.

This is when my colleagues and I at the NFU analyse the manifestos and highlight areas where agriculture can contribute or is a priority.

We’ve already been busy doing much of the spade work.

The NFU manifesto was first launched in September 2014 and was presented to MPs, conference delegates and political party members at the Conservative, Labour and Liberal Democrat party conferences at well-attended NFU fringe events.

My team have met with special advisers, sitting MPs, ministers and prospective candidates over the past 18 months with the aim of getting our policy suggestions adopted.

At the heart of this are our top 10 policy asks and top five policies by commodity, as outlined in our own NFU manifesto.

Our NFU county advisers are arranging meetings and hustings with all MPs and candidates of the major parties (in rural and semi-rural seats, as well as some very urban areas with few farmers in the greenbelt), using our unique database of 3,500 candidates.

Our members are inviting election hopefuls on to their farms, to show them the real life issues first hand and ask them what they will do to back British farming.