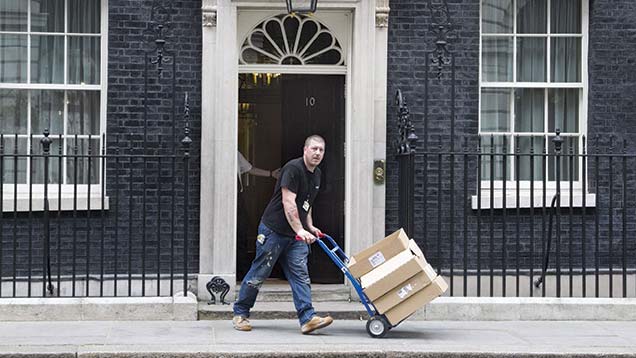 Farm leaders have warned the incoming government that it must deliver on pledges made in the run-up to the general election.

In a show of strength, dozens of industry leaders will gather in London as the new administration is formed. Some 50 representatives from across the food, farming and rural sectors are expected to attend the NFU-hosted meeting on Monday (11 May).

NFU president Meurig Raymond said it was important that farming was not forgotten – and that the industry presented a united front – as the new government was created following one of the most closely fought election campaigns in living memory.

Speaking on the eve of the election, Mr Raymond said: “It is vital that the next government – whatever the colour or colours – champions and backs British farming. The whole industry needs to come together to help get that message across.”

Manifestos unveiled by the Conservatives, Labour Party and Liberal Democrats all pledged to introduce a strategy for food and farming if they formed the next government. But the industry is also grappling with other important big issues.

Sorting out the chaos around the Basic Payment Scheme (BPS) is a priority for almost one in three (32%) Farmers Weekly readers, according to an online poll, which attracted 213 responses during the month leading up to election day on 7 May.

Almost one in four (23%) readers believe bovine TB is the most important challenge (see analysis, below). Other issues deemed important include reducing red tape (21%) and improving broadband speeds (14%).

But 51% of Britons do not trust political parties to deliver promises they have made during the election campaign once they get into government, according to a separate survey this week by pollsters ComRes.

The Country Land and Business Association (CLA) said it would press those in power to act swiftly on key issues for farming and the rural economy. Further disruptions to administration of the farm payment scheme would have far-reaching, damaging consequences, it warned.

CLA president Henry Robinson said: “We will look to the prime minister to appoint ministers with responsibility for rural affairs who quickly show a strong understanding of the unique issues our members face.”

Although the new government would be focused on delivering its core policy commitments, the implications for rural business and communities should be understood across all government departments – not just Defra, said Mr Robinson.

“It must also ensure momentum continues on vital policy improvements that we have been advocating for a number of years, such as reform of the compulsory purchase system and delivery of reliable and effective rural broadband.”