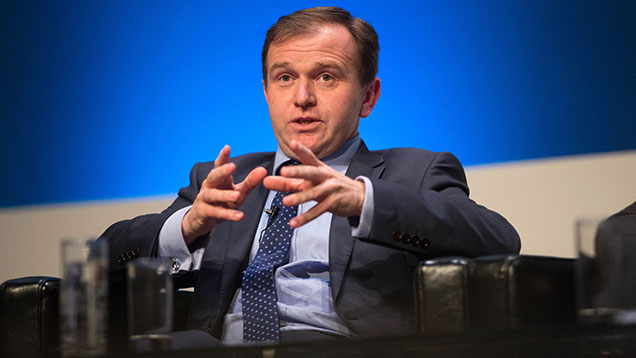 Speaking during an environment, food and rural affairs (Efra) committee evidence session on the current dairy crisis, the minister admitted the government was waiting for details of the scheme from Brussels so it was very early days.

However, if it was allocated in a similar way to the crisis funds made available to dairy farmers in 2009, the UK was likely to be given a national envelope “in the region of €40m”.

This could be used to provide some respite to milk producers, many of who were losing enormous amounts of money, he said. But the government would need more information from the EU before it could offer guidance on the likely timing of payments or confirm how they would be handled.

Mr Eustice said the crisis funds were paid in 2009 to every farmer in the country at a flat rate, and repeating this approach would be the simplest way of distributing the funds.

But he pointed out that this time around there was a “wide spread of fortunes”.

Farmers on retailer-aligned contracts were still receiving good prices, but at the other end of the spectrum there were farmers being paid very low prices who were really struggling.

“We would have to think carefully. There is a trade-off between simplicity and targeting funds where they are most needed,“ he said.

The minister claimed sharing crisis funds out across Europe was a quicker and simpler way to get short-term funds to farmers than increasing the intervention price.

This followed a call from representatives of the NFU and Dairy UK, who told MPs on the committee they were disappointed the commission had not included a technical review of the intervention mechanism as part of its package of measures.

“We see very few farmers surviving at those prices. The tool is there to create a floor [in the market] and not to create a living for farmers, but I don’t think 16p/litre creates a floor for any dairy farmer in Europe,” she said.

But Mr Eustice said the UK government had not called on the EU to increase the intervention price because it felt it would be a retrograde step.

There had been a move away from the old style of market intervention and the single farm payment had been established as the right way to pay farmers for the public goods they provided, he said.

The minister warned a further complication was that while prices are very low in the UK, they were much worse in some other European countries, so the intervention price would be pitched accordingly.

Any increase would also have to be funded out of a crisis reserve, created by top-slicing direct payments.

“The danger is that British farmers will pay for the reserve through cuts in the single farm payment, while most of the other countries would get the benefit.

“Our conclusion was that the crisis package was quicker, faster, more targeted and more of a short-term fix.”

Committee member and Northern Ireland MP David Simpson pointed out that if the UK did receive €40m in crisis funds, it would only equate to about £5,000/farm.

This was not going to solve the current crisis when he had constituents who were losing £10,000/month and one, milking 650 cows, who was losing £30,000/month.