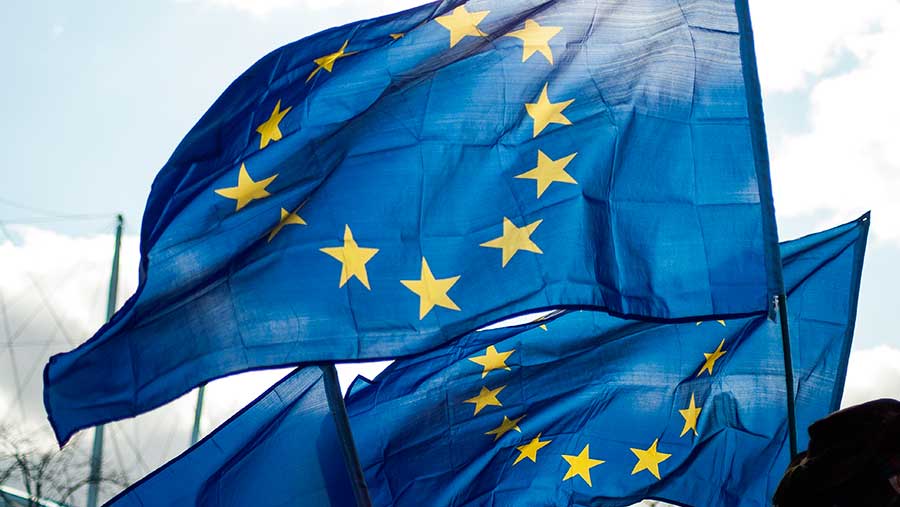 The head of EU farmers’ lobby Copa-Cogeca has issued a withering attack on plans to cap support payments for farmers.

European farmers and agri-co-operatives met in Brussels on Friday (15 June) to urge the EU to minimise the “severe impact” of subsidy cuts on EU farmers – and they called for a fair deal for farmers on future trade agreements.

Copa president Joachim Rukwied said: “We are disappointed with the EU Commission proposal on the future CAP.”

“It is unacceptable that more and more is being asked of farmers in terms of respecting tough food safety, welfare and environmental requirements for less and less money.”

Mr Rukwied spoke out on behalf of the 66 presidents of farmer and co-operative organisations across the EU, after details emerged last week of the European Commission’s plans for the future of the Common Agricultural Policy (CAP).

A leaked document had earlier suggested that payments to EU farmers could be limited to £52,000.

Mr Rukwied said it was a “major concern” that the technology toolbox farmers rely on to maintain their competitiveness “is being eroded every day”.

Earlier this year, the EU announced plans for a total ban of neonicotinoid pesticides to cover all outdoor crops. The commission is also coming under intense political pressure from environmental lobby groups to ban the popular weedkiller glyphosate.

Defra secretary Michael Gove indicated last week he was unlikely to approve plans to cap the amount of money paid to the largest landowners after Brexit.

He had previously proposed an upper yearly limit of £100,000 per landowner, which would free up about £150m for the environment and other public goods.

Mr Gove told MPs Defra was considering alternative plans, contained in its Health and Harmony consultation, for “everyone to take a small slice reduction”.

An industry farm policy expert told Farmers Weekly: “If you compare the future CAP models to now, everything looks really gloomy [for farmers].

“Even if we had stayed in the EU, there would be the same problem.”

In particular, Copa-Cogeca is concerned that standards could be weakened or farmers could be subjected to unfair competition in an EU trade deal with the South American Mercosur states.