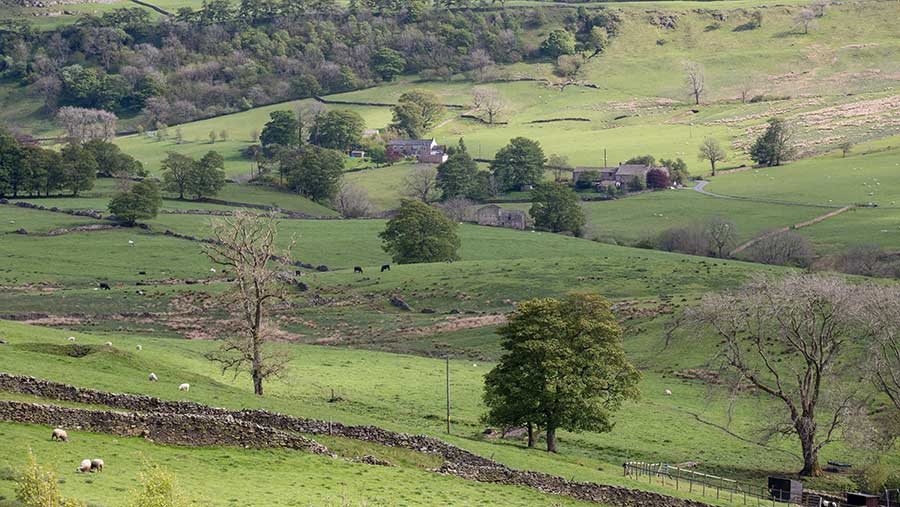 George Eustice is the secretary of state at the Department for Environment, Food and Rural Affairs. Here he sets out his arguments why the new Environmental Land Management scheme is a “win-win” for farmers and the environment.

The 2016 referendum result has allowed us to design an independent agriculture policy for the first time in half a century, and more recent turbulence on international commodity markets has brought back into sharp focus the importance of domestic food production to our national resilience.

The EU system we have left did not support food production. The de-coupling agreed some 20 years ago was an explicit rejection of production subsidies.

Instead, a new system of subsidies for land ownership or tenure was introduced, with a complex and draconian set of cross-compliance rules attached as conditions.

Wrestling with this system for three years as a Defra minister convinced me to campaign for a “leave” vote in 2016, and since then I have had the chance to shape the essential concepts behind our new policy agenda.

At its heart is a desire to replace the prescriptive, top-down EU rulebook with something far more versatile and modular which supports the choices individual farm enterprises make.

Our approach recognises the essential importance of domestic UK production to our national resilience.

That is why the Agriculture Act made it a legal requirement to design new schemes with sustainable food production in mind and created a legal obligation to review our food security every three years.

Our Food Strategy will build on that and say more about how we intend to use grant support to help farmers invest to improve their profitability and increase their agricultural output. But we won’t tell farmers what to invest in; we will support the investments that they judge to be right for their own businesses.

We never intended the future budget to be divided into rigid EU-style pillars, and we want funding to be led by demand from farmers.

All the money coming out of BPS is going back into the sector. We are spending about £600m on farm-based innovation over the next three years.

The vast majority of the funding released from Basic Payments will go into schemes that are accessible and workable for any farm, including tenant famers: the Sustainable Farming Incentive (SFI), Countryside Stewardship (CS) and then its successor, Local Nature Recovery.

These are schemes that will pay farmers to take care of nature alongside profitable food production and support our food security and farm resilience in the long term.

In recent years, there has been a huge revival in agronomic techniques that value soil health.

We have seen an explosion of interest in regenerative farming practices such as mob grazing, the use of herbal leys, companion crops in arable fields to help manage pests and diseases, and the use of cover crops and green manures such as phacelia, and nitrogen-fixing legumes, to reduce fertiliser input costs.

The SFI is a flexible support mechanism that will help fund whatever an individual farmer judges is right for their own holding in this space.

It will expand to cover integrated pest management, hedges and much more over the next few years. Again, we won’t tell farmers what they have to do in detailed prescriptions, but we will support the choices they make.

Animal health and welfare, genetic resources and our native breeds are a public good, and it is right that the new Agriculture Act recognised this for the first time.

This year, we will open the Animal Health and Welfare Pathway starting with a funded annual vet visit for livestock enterprises so that a trusted vet can offer strategic advice on animal health and managing the pressing endemic diseases we currently see and which have a major impact on farm profitability.

The aim is to help farmers who would normally only consult their vet when there is a calving crisis in the middle of the night, by giving them access to more strategic animal health advice tailored to their holding.

Farmers who already have regular vet visits will be able to use this funded visit to supplement the work they already do with their vet, in whatever way works for them.

No farmer will be forced to join the scheme, but we will fund those who are in the pursuit of better outcomes.

Most farms have a corner of their holding that is less productive and contributes little to food production or profit margins, and where it is possible to create more space for nature.

We already have more than 31,000 farmers in our CS schemes who are doing just that and being paid for it.

This year, we have bumped up the payment rates for many of the interventions by 30%, both for those already in and those seeking to join, and we are looking at the whole issue of what the EU termed “ineligible features” – the patches of scrub or the dew ponds in valleys that are actually an environmental asset to be rewarded, not an ineligible feature to be penalised.

Almost half of farmers are already engaged in some way. I hope others will follow, but it’s their choice.

Farmers are bound to be apprehensive in such turbulent times, and we won’t get everything right first time round.

But we would all be foolish to put our heads in the sand and persevere with the hopeless system of land subsidies and petty rules we inherited from the EU. I know we can do better.