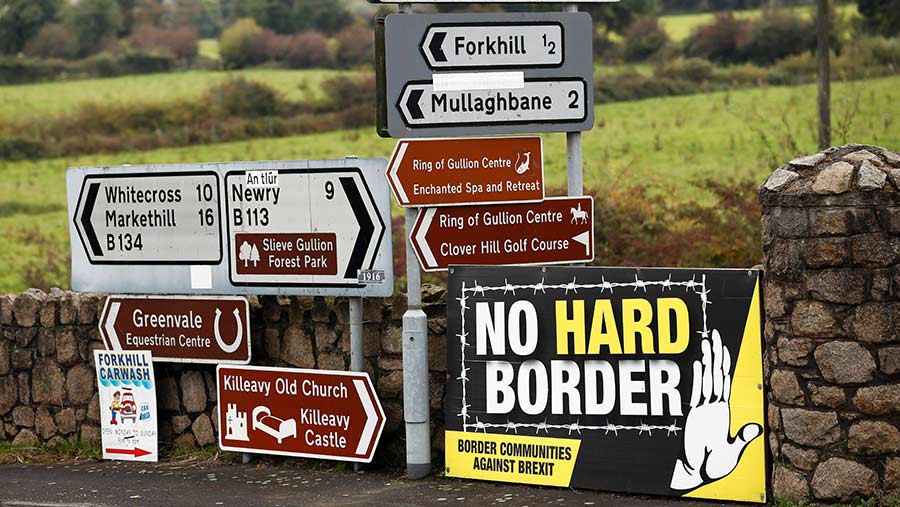 Farmers who move goods into and out of Northern Ireland from Great Britain, or bring goods into NI from outside the UK, have been advised to register for the Brexit Trader Support Service (TSS).

The TSS will explain trading changes which kick in on 1 January under the Northern Ireland Protocol, and provide farm businesses with a registration number needed to transport goods from that date.

The Ulster Farmers’ Union (UFU) urged farmers to register before 23 November to avoid any disruption to their business from the start of next year.

UFU president Victor Chestnutt said: “Goods can include something as simple as ordering a second-hand tractor part from England or buying a bull from Scotland – purchases that can be very regular for some farmers.

“I urge our farmers to act now to give themselves time to prepare and get their farm businesses ready for the inevitable changes that lie ahead.

“If they fail to sign up to the TSS, this could cause serious issues for the daily running of their business as they may not be able to move essential goods into NI.”

Sellers to Northern Ireland should also register for the TSS, to ensure transactions are as straightforward as possible.

The UFU said it was waiting to see the outcome of any trade deal between the UK and EU, in order to advise farmers further on how issues such as tariffs could affect business.

Brexit talks between the UK and EU are back under way in Brussels, with time running out to agree and sign off any deal before 31 December.

The UK’s chief negotiator, Lord Frost, said there had been some progress but “significant elements” of the deal were yet to be agreed.

Defra secretary George Eustice told the BBC’s Andrew Marr Show on Sunday (15 November) that it should be possible to reach a deal, with the UK preferring a Canada-style agreement.

The Department of Agriculture, Environment and Rural Affairs (Daera) will host a series of online events to help NI agri-businesses and horticulture traders prepare for the end of the transition period on 31 December.

The first online event, on 23 November from 2pm to 4:15pm, will cover trading implications, certification requirements, and imports and exports to Great Britain, the EU and the rest of the world from 1 January 2021.

Agri-food business owners and traders must pre-register to take part.

Attendees will have the chance to ask questions. Daera said more webinars would be announced once the outcome of trade negotiations between the EU and UK was known.