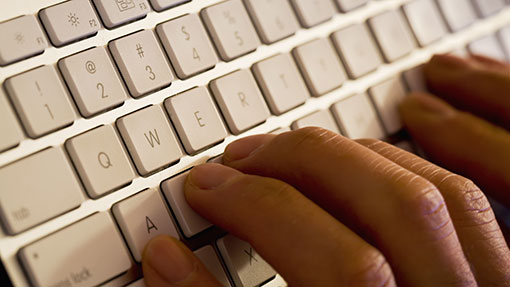 A computer glitch is preventing some farmers from completing their Single Payment Scheme (SPS) application forms online, it has emerged.

The Rural Payments Agency has admitted that some users have found difficulties accessing SPS Online over the past four days.

With the deadline for SPS applications fast approaching (15 May), the timing is embarrassing for the RPA with the problem causing huge frustration among farmers and land agents filling out forms on behalf of their clients.

It also raises questions about the government’s readiness to move to an online-only single farm payment application system from 2015.

An intermittent problem with the Government Gateway has been blamed, which is also affecting some other government services.

“There are quite a few stressed people out there at the moment.”
Richard Wordsworth, NFU SPS adviser

“We have raised this problem with the Government Gateway and they are working hard to fix it,” said a statement on the RPA’s website.

“As we know more about this, we’ll issue a further update.”

The RPA said the problem was stopping some users from logging on to the Government Gateway completely.

Users who were able to log in might find that they were not able to successfully submit their SPS application, it added.

Nicola Clayton-Bailey, associate partner with Northamptonshire-based Bletsoes, said the company submitted several hundred claims each year and so the problems were incredibly frustrating and time-wasting.

“You can log in in sometimes, but if as an agent you try to link to a new client then the system crashes,” she said.

“Once offline it can take an hour to get back into the system. And if the computer detects no activity, because you are working on something else or are in a meeting, then it logs you out again.”

Ms Clayton-Bailey said the online system was very good in general, but the RPA needed to get it fixed fast.

“It is very frustrating at such a busy time of year if the system is just not working. We will keep working at it and we will get all the forms done – but any clients we’ve submitted online claims for in the past we have to complete online, as the agency won’t have issued a paper copy to us [of the form].”

Richard Wordsworth, NFU SPS adviser, said: “It is pretty frustrating for our members and agents assisting them with claims. Many have appointments in the diaries and will be losing precious days ahead of the 15 May deadline. There are quite a few stressed people out there at the moment.”

Mr Wordsworth highlighted if the industry was to move towards a full online system in 2015 there would be no paper forms or call-in centres to fall back on.

“When you have a potential 100% of claims being submitted online you are adding more pressure onto the situation for next year,” he said.

“Hopefully, the RPA will launch a full investigation and lessons will be learned so that the same mistakes are not made next year.”

An RPA spokesman said: “There is an intermittent problem with the Government Gateway which is affecting a number of government services, including SPS Online.