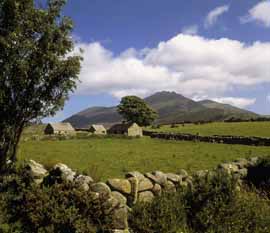 Farmers are being given the chance to advise the government on rural policies as part of a scheme to improve communication links between DEFRA and farming communities.

The advisory networks will see local groups offer their views on farming, food and rural issues directly to DEFRA ministers to give them a better understanding of farmers’ concerns.

Between 10 and 20 groups covering the whole of England will be set up to inform ministers of regional issues affecting the countryside and provide input into the issues DEFRA covers.

The groups will also have the opportunity to speak to ministers directly, with the chairs of each group meeting ministers at least once a year.

Farm minister Jim Paice said the groups were part of the process to rebuild the trust between government and rural communities.

“We need to re-establish direct lines of contact that used to exist,” he said. “It is vital ministers can pick up a phone and speak to people on the ground for advice and, conversely, that they can have direct access to ministers.

“We want these groups to genuinely reflect a cross-section of rural interests in their area.”

DEFRA is calling on people from farming, food and rural affairs backgrounds to volunteer to be part of the networks.

For more information on the groups email ruralandfarmingnetwork@defra.gsi.gov.uk.