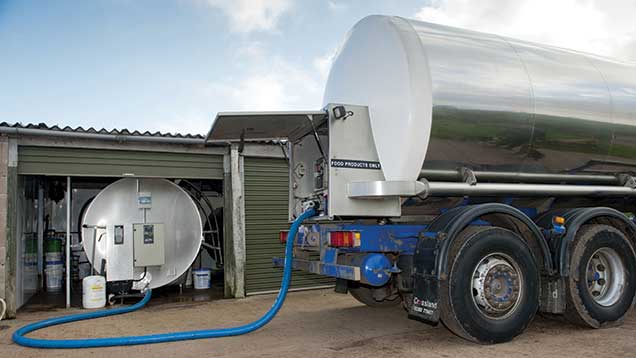 Farmers face a decade of volatility, warned farm leader Meurig Raymond, who has called on the government to introduce an infrastructure allowance to encourage investment in agriculture.

Although the longer term prospects for agriculture remained bright, many sectors remain under pressure, the NFU president told this week’s Agribusiness 2015 event at the Peterborough Arena.

Wheat prices had fallen by 30% over the past year and global dairy commodity values had slumped 40%, said Mr Raymond. Other sectors were also under pressure, he added.

“We are receiving much lower prices than we were 12 months ago,” Mr Raymond told listeners on Wednesday (12 November). “This is absolutely challenging for cash flows. It is affecting us as a farm business very much in our back pocket at this time.”

The dynamics of farm commodities markets had shifted dramatically since global food price spikes in 2007 and 2008, said Mr Raymond. Prices seemed to move more in a day than they did in an entire month a decade ago, he told listeners.

Lack of confidence was hampering investment in agriculture, claimed Mr Raymond. Countries such as Ireland and Australia had a more tax-friendly approach than the UK to farming, he added. “For me, the government has a big role to play,” Mr Raymond said.

“The lack of these allowances in the UK is creating a barrier to investment in many farm businesses. An infrastructure allowance offering and delivering relief over the long term would send out the right investment signals to business.”

There was no better way of achieving DEFRA’s aim to grow the rural economy, said Mr Raymond. He added: “It would say loud and clear that the government wants farming businesses and the agri-food sector to grow.”

Mr Eustice acknowledged that low prices had put “quite a squeeze” on many agricultural sectors. Summer had been a bleak time for beef producers and milk producers had experienced a roller coaster ride over the past two years.

Farmers should look at financial tools and trading methods to help ride out volatility, suggested Mr Eustice. “A lot of this comes down to the fact that in an increasingly traded commodity market we are going to see a lot more price volatility in some of these sectors,” he said.

Mr Eustice added: “I completely support the work of the NFU and others are doing to investigate whether there are financial instruments that can be developed to help dairy farmers in particular to manage that risk.”