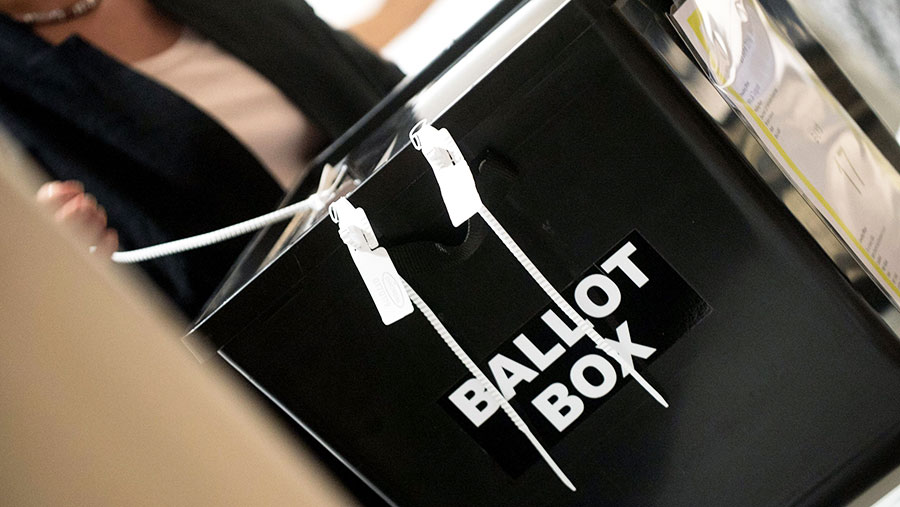 Farmers are being urged to make the case for agriculture, or risk seeing the industry sidelined as politicians slug it out in the hope of forming the next government.

With the general election less than three weeks away, senior politicians said farmers needed to shout louder to get their message across, or their voices could be drowned out by other interests, including single-issue pressure groups.

Brexit and environmental concerns will be among the key issues when voters go to the polls on 12 December.

And the way the next government addresses both of them will have big implications for British growers and livestock producers.

Agriculture is among the sectors that will be most affected by Brexit.

Industry leaders have warned that British farmers must not be undermined by substandard food imports produced using methods banned in the UK as the government seeks to strike a trade deal with the US.

But crop protection products were necessary and it was important that people realised as much.

“What crop protection doesn’t want to do is become the new tobacco,” she said.

Rather than allowing pressure groups to go unchallenged, Ms Girling said the industry should highlight the reasons that pesticides are necessary, and emphasise ways that crop protection products are being used responsibly.

“You have to establish the necessity and then show that there ware ways in which you can make sure you have just the right amount.

“You can reformulate, so it is like a lower-sugar product – but you can’t do without it.”

The issue was addressed this week by former Tory leader William Hague.

“Public opinion will have quite strong views about it,” said Lord Hague, who delivered the NFU’s annual Henry Plumb Lecture to industry leaders in London this week.

“The British public do have intense views about animal welfare.”

Concern over the environment is also a key topic this election.

Political parties are falling over themselves to highlight their green credentials, including the need to combat climate change, curb greenhouse gas emissions and tackle pollution.

Paying tribute to the NFU’s target for UK agriculture to be carbon neutral by 2040, Lord Hague said closer links were needed between farming and science to help mitigate greenhouse gas emissions.

“It is vital that agriculture is at the forefront of responding to this, not swept away.”

Many activists believed greenhouse gas emissions could only be tackled by curbing human ambition and economic growth. But Lord Hague said such a view went against human nature.

Advancements in agriculture – including robotics gene-editing, artificial intelligence, robotics and vertical farming – all provided an opportunity to improve the environment and combat climate change, he added.

Former MEP Julie Girling, who spent a decade in Brussels before standing down earlier this year, said people would expect politicians to deliver on their environmental pledges.

Agriculture would come under increasing scrutiny from pressure groups, she suggested.

“They will be more mobilised after we leave because they have their eye on the Green Brexit and they will want to see evidence that the UK will be greener after Brexit,” Ms Girling told the British Crop Production Council annual congress in Brighton on Tuesday (19 November).

Pressure groups would ramp up their lobbying against pesticides and other chemicals in agriculture, she warned.

“They will use simple, binary arguments, which don’t necessarily adequately [promote] a decent and proper discussion – but they will be easy to understand.”