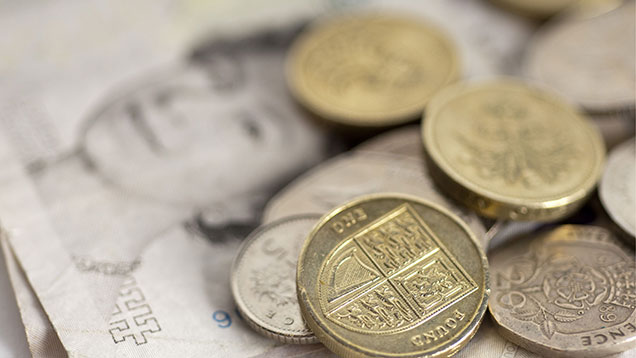 Delays to direct payments this winter threaten to have a devastating effect on agricultural businesses, a farming peer has warned.

Cash-strapped farms were already sitting on a potential time bomb due to low commodity prices, said Lord Curry of Kirkharle.

“I can’t remember a time when virtually all commodity prices would be as depressed as they are at the current time,” said the 71-year-old, who farms in his own right in Northumberland.

“This is having a huge impact and it is very worrying.”

Lord Curry made the comments during an after-dinner speech at the Guild of Agricultural Journalists’ harvest lunch on Thursday (8 October).

It is one of the starkest warnings yet of the mounting problems facing the industry.

A cross-bench peer, Lord Curry is non-executive chairman of the government’s Better Regulation Executive, a director of Clinton Devon Estates and chairman of the Leckford Estate, which is the Waitrose farm.

Many farmers would already be facing “complete disaster” had it not been for high yields this harvest, he said. But even that had failed to offset the slump in commodity prices.

“It is difficult and tough,” Lord Curry told 125 agricultural journalists and guests who had gathered at Stationers’ Hall, London.

“This winter I think is going to be a tough and testing period for all those fragile farm businesses that are hanging on by their fingernails.”
Lord Curry

Farming charities were a good barometer of the state of the industry according to Lord Curry, who said he was working closely with the different agricultural organisations.

“There is a potential time bomb sitting there with [farm] cashflow under quite serious pressure,” he added.

“If there is a delay in farm payments it will have a devastating effect. As it is, debts with merchants are accumulating.

“This winter I think is going to be a tough and testing period for all those fragile farm businesses that are hanging on by their fingernails.”

“They are our friends, colleagues and neighbours, and we have a responsibility as a farming community to help them where we can.”

Direct payments to farmers are due to be made from 1 December.

Brussels has given individual member states permission to ease farm cashflow pressures by making advance payments from 16 October. However, Defra has rejected this offer.

The Rural Payments Agency says it will make most payments in December, with the vast majority paid by the end of January 2016.