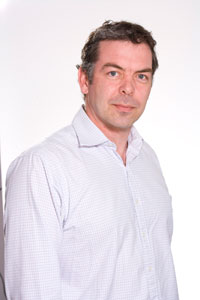 It hardly seems a decade ago. Launched by a youthful Tony Blair on the steps of 10 Downing Street, next week the Red Tractor logo is celebrating its 10th anniversary.

Running from 14-20 June, Red Tractor Week will highlight 10 years of great food and great farming under the Red Tractor mark. And what a decade it has been.

The tractor logo came about at a time when few people other than farmers seemed to care where their food came from. And fewer still knew the efforts involved in producing it.

With agriculture reeling from a series of food scares and some of the lowest farm incomes in living memory, the Red Tractor was launched to re-establish confidence in British food and farming.

It was a bold move backed with little more than limitless enthusiasm and a limited budget. Yet slowly the hard work started to pay dividends, highlighting the standards followed by British farmers and growers.

Today, the Red Tractor appears on £10bn of food and drink products annually. It is recognised by 55% of consumers – which puts it on a par with the Lion Eggs logo and the Fairtrade brand.

Some 78,000 farmers and growers and their ongoing commitment to producing high-quality food are represented by the logo. More than 100,000 food and feed businesses are independently inspected as part of the scheme.

Shoppers benefit too. The logo differentiates assured British products and provides transparency for consumers. And in case there is any doubt, the inclusion of the Union Flag guarantees the origin.

Of course, more could be done. After all, £10bn is a drop in the ocean when it comes to the total amount spent on food and drink. But a decade on, the Red Tractor has succeeded where many thought it would fail.

It has provided the industry with a common set of standards that are easily adopted and widely understood. As an established kite mark, it supports public confidence in British food.

Finally, the logo adds business value for everyone in the food chain and provides an easy way for customers to buy British and support Britain’s farmers. Now that really is something worth celebrating.

• What do you think of the red tractor logo? Have your say on our forums at www.fwi.co.uk/redtractorlogo or read more about the Red Tractor logo here