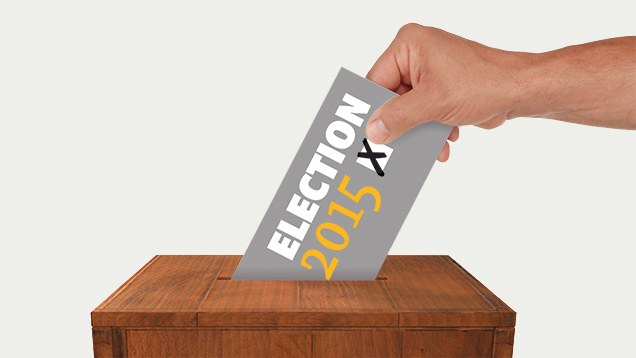 A general election that is too close to call means the farming vote could make all the difference – at least in rural marginal constituencies.

With the general election now just seven weeks away, politicians are falling over themselves to woo voters. Farm minister George Eustice – who has a majority of just 66 – is on the front line in the Camborne and Redruth constituency, Cornwall.

This will be one of the closest fought elections in living memory. A hung parliament resulting in another coalition or minority government is almost certain. But it is much harder to predict who exactly will be in power – and who will help them get there.

In the run-up to polling day on 7 May, Farmers Weekly will uncover all the election issues that matter to farmers. We start this week by showcasing the main agricultural policy pledges made by all the major political parties.

Over the coming weeks, we will highlight the priorities that farm leaders believe the next government must address for agriculture – and we will uncover the key rural battle grounds which could make or break the election.

The Conservatives are likely to lose seats but still be the largest party, according to the ElectionForecast.co.uk, which combines data from YouGov, publicly released polls, historical results and the UK census.

Its latest forecast suggests the Tories will win 286 seats – some 20 less than 2010 and 40 short of the 326 needed for an overall majority. Rivals Labour are expected to win 15 more seats than in 2010, taking their tally to 273 – again too few to form a majority government.

The Liberal Democrats may be among the biggest casualties. Seats could tumble from 62 in 2010 to 42 this time round – a hefty price to pay for being part of the current coalition government. The SNP and Ukip are both expected to make gains.

The industry needs a masterplan – which includes the wide-ranging aspects of food.

That means food productivity, food security, sustainability and social justice. It is to do with making sure that people who work for producers, as well as producers, get a fair share from the supply chain.

Second, we need to get back to the supremacy of science- and evidence-led policy in all its permutations, whether that is nanotechnology or GM food – both for the UK and at an EU level.

There is a job of work to be done there.

Third, we are not going to risk the future of farming, or food production or the massive market that we have both domestically and internationally by pulling out of the EU.

We will fight to stay in.

Our objective is to grow the agricultural industry – to see agricultural productivity in this country go up. When it comes to regulation, there is further to go. We’ve cut farm inspections by about 30,000/year and we’ve reduced guidance by about 80%.

To go further, we’ve got to roll our sleeves up and sort out some of the EU regulations which are the source of the problem. We will argue for those regulations to be changed both in the next CAP and in the mid-term review of this one.

We need to open markets. We have opened another 100 export markets in the past year and 120 the year before. We also want to do more to make sure that the public sector is buying British produce. We launched the Bonfield plan to do that and we want to go further.

The first job of government is defence and the first job of Defra is protecting our industry against disease. That is why we will take the tough decisions that need to be taken to roll back terrible diseases such as TB which are hampering our livestock industry in a terrible way today.

Farm minister and MP for Camborne and Redruth

We would have an overarching food plan – a strategy that looks at food security, climate change and all the issues that are facing us as a society – to make sure that we have the food we need to live healthily and sustainably. We would encourage local authorities to do the same.

That is part of the work that has already gone on in coalition government connected with public procurement as well, so the public sector is putting your money where our mouth is to buy all the good quality produce we have in this country.

We would look at issue of labelling because we think country-of-origin labelling should be robust and take account of where food really originated, not just where it was processed – and that people can trust that to be the case.

Having given it the power to fine supermarkets, we also need to extend the groceries code adjudicator down the supply chain so we have a fairer system operating for all the people in the supply chain.

We would want to take Britain out of the EU, which means taking agriculture out.

We would invoke article 50 of the Lisbon treaty and negotiate the relationship we want with Europe. That would take two years and top of the list, of course, is trade.

We would want to have a proper trading relationship with the EU – and we’d get a very good deal because we are their biggest single customer. So it shouldn’t be a problem to get British lamb across there and to carry on drinking French wine and driving German cars.

We would have to put in a support system for the industry – we would use the experience we’ve built up with the Rural Payments Agency to deliver a single farm payment scheme. We would pay £80/acre and we would have a good look at deregulation.

The SNP understands the need to retain Pillar 1 CAP support, and will continue to argue for direct payments and push for fairer modulation rates across EU member states to create a more level playing field for our own farmers.

The UK government has negotiated a deal for Scottish farmers that will leave them with the lowest rate of support for Pillar 1 and Pillar 2 by 2019 – not just within the UK, but in the whole EU.

That puts our sector at a competitive disadvantage that is unsustainable, and SNP MPs will continue to argue at Westminster for a fairer funding allocation.

We will also argue for EU member states to retain existing flexibility with regard to less favoured areas. Support needs to be focused on active farmers and crofters in order to build more sustainable rural communities, and ensure value for public investment in the sector.

Among the issues facing farming, the potential impact on our beef sector of the TTIP being negotiated between the EU and US raise particular concerns.

There needs to be a lot more transparency in the process and the opportunity for stakeholders to make their voices heard.

We would toughen up the powers of the groceries code adjudicator, so that the position carries the authority to ensure fair play for all producers – big or small – throughout the food chain.

Look at the dairy industry and the state that it is in at the moment. We need some urgent intervention – even if it is old-fashioned market intervention.

Do you remember the Milk Marketing Board? We have to be looking at something fairly urgently it seems to me.

Supermarkets dominate everything. Why don’t the political classes take them on at their own game and ensure they play by the rules?

I go to the Royal Welsh Show every year and supermarkets have pride of place near the main ring. Why? Because they pay for it. Yet they undermine the industry.

We would also make sure rural development funding reaches where it should. We would target it properly to make sure there is money and infrastructure for diversification.

We would also review fiscal incentives for new entrants.

Farm families are the economic backbone of rural communities and as such we remain focused on sustainable family-based farming.

The SDLP would continue to use farm business expansion schemes to give comprehensive packages to support economically viable farming.

We would continue to direct Rural Development Programme monies for the promotion and development of sustainable farming.

Government policies must be “rural-proofed” to ensure they do not have negative consequences for rural communities. Rural development must strike a balance between agriculture and the need for essential facilities in support of rural living.

The SDLP would continue to focus on ensuring all departmental plans are properly rural-proofed and that the Dard rural whitepaper is placed on a statutory basis.

Dard must become more centrally involved in supporting agricultural exports beyond the EU to markets such as China, Japan and the US.

We support efforts to get EU intervention schemes activated on a temporary basis in order to help stabilise farmgate prices for milk and beef products and protect the farmer.

Agriculture spokesman and MP for South Down

We are dedicated to delivering a sustainable, productive and profitable agricultural industry.

It is important that we focus on how the industry can be prepared for the future and the challenges that lie ahead.

We have held the Dard minister to account on both direct support and the Rural Development Programme, but there is more to be done. This includes ensuring Dard implements the CAP in a way which benefits farmers. Farmers must be clearly and accurately informed of the changes included in the new CAP.

The need to identify new export markets is something which also involves the government at Westminster. It is imperative Defra prioritises export licences to help deliver on the goals for growth set down by the industry.

For the wider rural community, access to broadband is a huge issue and we want to build on the work of enterprise minister Arlene Foster who announced an investment of £17m to improve infrastructure across the province.

The DUP will use its influence at every level to deliver for the agricultural community – and we are the only party able to work at every level from local councils to the European Parliament.

We are also committed to ensuring the quick delivery of the Basic Farm Payment.

We will work to secure the earliest possible opening of the new Rural Development Programme for 2015-20, particularly the £250m Farm Business Improvement Scheme and the £70m Leader programme to enhance the agrifood industry and services in rural areas.

Sinn Féin want to see the Rural Proofing Bill passed during the lifetime of the current assembly and supports further progress in the decentralisation of the Dard headquarters.

We are also committed to working with farmers and those involved in the agriculture industry to protect and conserve our wildlife.