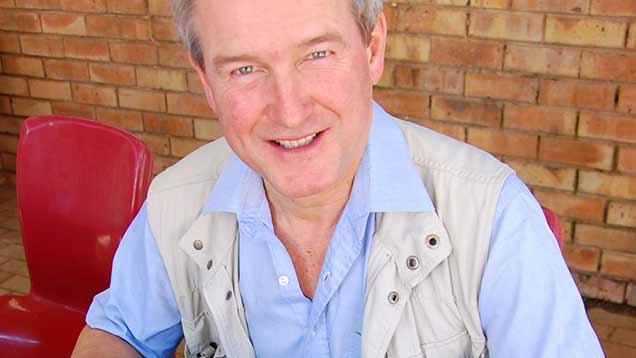 Mr Paterson accused the “green blob” – a network of environmental groups, renewable energy companies and some public officials – of “condemning billions to hunger, poverty and underdevelopment”.

And he said pursuing their policies would decimate the natural world and “devastate species and biodiversity”.

Speaking during a recent fact-finding mission on GM crops in South Africa, Mr Paterson castigated the activities of Greenpeace, the anti-GM activists.

“They call themselves humanitarians and environmentalists but their policies would condemn billions to hunger, poverty and underdevelopment,” said Mr Paterson.

“And their insistence on mandating primitive, inefficient farming techniques would decimate the Earth’s remaining wild spaces, devastate species and biodiversity, and leave our natural ecology poorer as a result.”

Mr Paterson visited GM maize farmers in Gauteng Province to see first-hand how the technology had benefited thousands of farmers.

In a barn on a farm in Sardiensvlei, a district of Bothaville, Free State, Mr Paterson sat down for breakfast with five of South Africa’s top commercial GM maize farmers.

Together they plant 13,600ha of Monsanto’s GM maize varieties on dry land.

For the first time in his life, he ate a fully fledged GM farm breakfast consisting of white GM maize-meal porridge, liver in caul fat and boerewors, a typical South Africa beef sausage. The meat and milk came from animals fed on GM maize.

Farmer Ms Tepsy Ntseoane told him that in her 16 years of experience as a maize farmer, Bt technology had revolutionised maize farming and increased yields and profits.

“It is no longer necessary to monitor thousands of hectares of maize for stalk borer infestation with a huge labour force that can now be employed productively elsewhere,” she said.

“With the elimination of aerial spraying, wildlife on the farm has been restored in a friendlier environment. Roundup Ready herbicide technology has kept weeds at bay. We are experiencing no weed resistance. It is a pleasure to farm in a more relaxing mood.”

Mr Paterson said he was very impressed with the results he saw and heard about. “It’s certainly a lesson for EU farmers,” he said.

However, anti-GM groups hit back at the criticism.

Soil Association policy director Peter Melchett said: “The main reason new crops for farmers in Africa are not being developed as fast as they could be is because of pro-GM campaigners like Owen Paterson’s fixation on old-fashioned GM technology.

“If countries like the UK dropped their fixation on GM research, which is leading nowhere, and instead focused effort on the newer technology, much more could be achieved.”

Greenpeace said it would respond to Mr Paterson’s claims later on Friday (6 March).