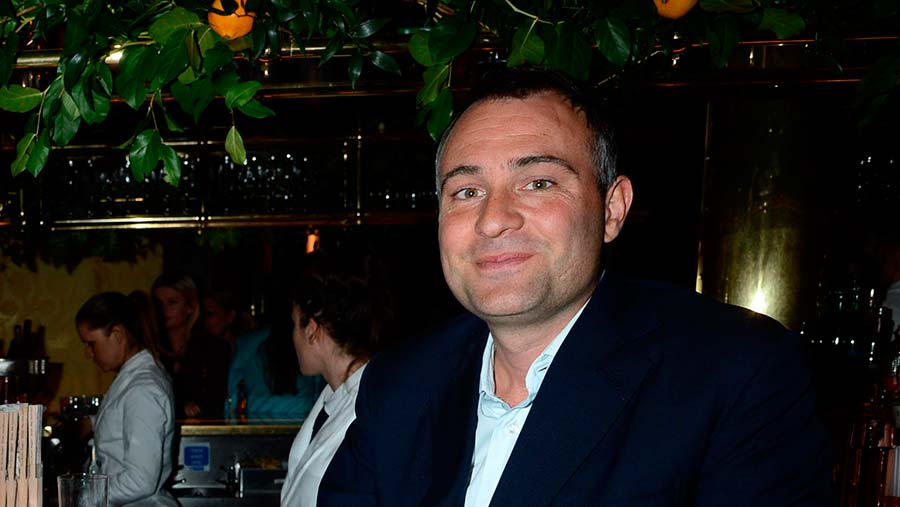 Millionaire environmental campaigner and Tory donor Ben Goldsmith has been appointed as a non-executive member of Defra’s departmental board.

Rumoured within farming circles to be on the cards for some months, Mr Goldsmith’s appointment by Defra secretary Michael Gove was confirmed on Friday (2 March).

He joins Henry Dimbleby, Elizabeth Buchanan, Colin Day and Lizzie Noel, whose appointments as non-executive board members were announced the same day.

He is chief executive of Menhaden Capital Management, which manages an investment trust that invests in business opportunities arising from the efficient use of energy and resources.

He co-founded the UK Environmental Funders’ Network and also chairs the Goldsmith family’s philanthropic foundation – the JMG Foundation – which has a focus on the environment.

The Defra board provides strategic direction and corporate leadership to the department – as well as monitoring performance and delivery.

The Electoral Commission website shows Mr Goldsmith has donated almost £140,000 over the past 14 years to the Conservative and Green parties.

It includes a £2,000 donation to the Conservative party’s Surrey Heath branch in 2005 – the year Mr Gove was elected as the MP for the constituency.

Before confirmation of his appointment last week, Mr Goldsmith praised Mr Gove’s plans to phase out direct payments and replace them with payments for environmental measures.

“This can be the biggest win for nature we’ve ever seen in Britain,” he said.

Mr Goldsmith has also suggested the Yorkshire Dales are “bleak and denuded” partly due to sheep and that Britain has “nothing that any other country would recognise as a real national park”.

Of the other non-executive appointees, Henry Dimbleby was co-founder of the Leon restaurant chain and is also co-founder and director of the Sustainable Restaurant Association.

In 2013, he co-authored the School Food Plan, which set out actions to transform what children eat in schools and how they learn about food.

Elizabeth Buchanan is currently a special adviser to Waitrose, Dairy Crest and the Chime Group, a global sports marketing and communications company.

Colin Day recently retired as chief executive of Essentra, a FTSE 250 global business with more than 10,000 employees. He was previously chief financial officer at Reckitt Benckiser.