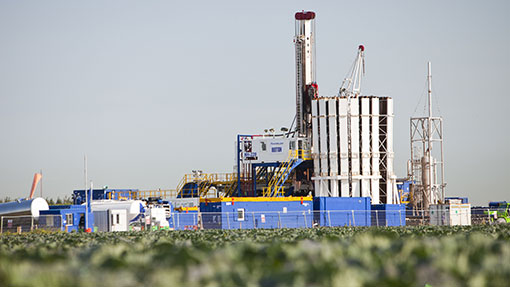 Fracking companies could be allowed access to private land without permission if government proposals to change trespass laws go ahead.

Existing trespass law means companies need permission to extract shale gas from beneath private land. Ministers are said to be concerned that landowners could use the law to block exploration. They want the changes made to make it simpler for companies to run drills and pipelines under privately owned land.

The planned move is expected to be included in the Queen’s Speech as part of the Infrastructure Bill.

Lawyer Kate Harrison, of Harrison Grant solicitors, explained that while the Crown owned the hydrocarbon rights, landowners held the rights to the earth beneath their land.

“They would be entitled to say no to the pipes and drills travelling under their land even if the drill site was some distance away on adjacent property,” said Ms Harrison.

“This has been tested in the Supreme Court. The proposal to change the law is tantamount to gaining access by stealth.”

The CLA’s renewable energy adviser Tom Beeley added that he was concerned about the compensation system. “The CLA is not opposed to fracking, but we need more information on the proposed automatic compensation system. Any payment system must fairly and accurately take into account the owners’ rights.”

A spokeswoman for the Department of Energy and Climate Change said: “Like any industrial activity, oil and gas operations require access permission from landowners. But there is an existing legal route by which operators can apply for access where this can’t be negotiated. We’re currently considering whether this existing route is fit for purpose.”