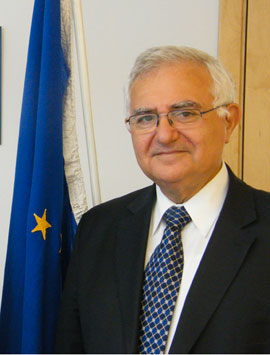 European poultry producers should consider the EU’s high animal welfare standards and subsequent financial costs as insurance against a variety of risks that could impact negatively on their business.

Speaking at the Informa Agra World Poultry 2011 conference in Brussels, EU health commissioner John Dalli acknowledged “the [financial] costs of meeting higher standards”, but insisted it was “important to view them in their proper perspective”.

He said they gave European poultry “added value” and that without them the industry could face “risks with significant economic consequences” resulting from market disruption and the spread of disease.

To this end, the Commission wants the poultry industry to focus more of its energies on fighting salmonella and campylobacter. “We have halved infections of salmonella over the past five years, but we need to continue our efforts,” he said. In addition to its dangers for human health, he highlighted the recent study by the European Food Safety Authority (EFSA) that estimated the annual economic burden of salmonella at €1.6bn and of campylobacter at €2.4bn. “Therefore, a new step will be taken at the end of this year, requiring fresh poultry produced in the EU or imported to be free of the two major strains of salmonella, which cause about 80% of human infections.”

Meanwhile, he assured delegates the commission was working hard to support the industry. He insisted it was committed to reducing red tape and promised its decisions were always based “on solid science” aimed at promoting consumer confidence.

He also noted the commission’s decision earlier this year to allow up to 0.1% of non-EU approved GM in feed imports and said it was also looking to revise the GMO authorisation process. “We have to solidify it so everybody is confident the risk assessment is robust and introduce adequate monitoring by independent assessors to put consumers’ minds at rest,” commented Mr Dalli.