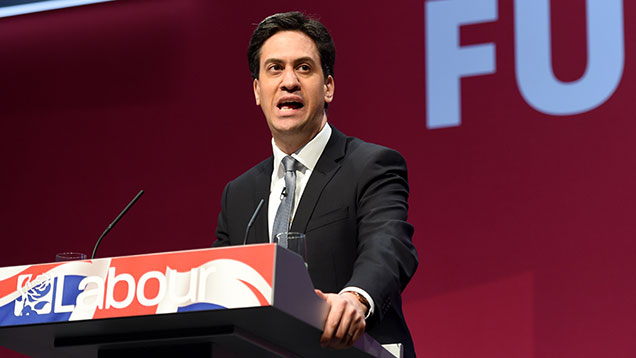 Labour leader Ed Miliband has launched the party’s manifesto, pledging to introduce a long-term strategy for food and farming.

The 86-page document also pledges an extended role for the supermarket adjudicator, promotion of the best British food and an end to the badger cull.

Mr Miliband unveiled the manifesto to an audience of party activists and journalists in Manchester on Monday (13 April).

Titled Britain Can Be Better, the document was launched at the former set of TV soap Coronation Street.

“We want to create a world-leading food, farm and fisheries sector that creates better paid jobs and apprenticeships across the rural economy,” said the manifesto.

“We will put in place a long-term strategy for the sector, promote the best of British produce, and expand the role of the supermarket watchdog to support the growth of the sector, and protect food producers from unfair practices by the major supermarkets.”

As expected, the manifesto confirms Labour’s intention to abolish the badger cull to combat bovine tuberculosis should it form the next government following the 7 May general election.

It also pledges to “defend” the ban against hunting with hounds.

The document said: “We will build on our strong record on animal welfare – starting with an end to the government’s ineffective and cruel badger cull.

“We will improve the protection of dogs and cats, ban wild animals in circuses, defend the hunting ban and deal with wildlife crime associated with shooting.”

“We will build on our strong record on animal welfare – starting with an end to the government’s ineffective and cruel badger cull.”
Labour Party manifesto

On Europe, the manifesto describes the economic case for continued membership of the EU as “overwhelming”.

Mr Miliband said: “Britain succeeds not when we turn in on ourselves, but when we are strong and confident and look outward to the world.”

More than 3m jobs in the UK are linked to trade with the EU, and almost half of our trade and foreign investment comes from the EU, said the Labour manifesto.

“Competing in the single market, with the best companies in the world, drives competitiveness and innovation for firms in all parts of our economy,” it added.

“And it helps boost the living standards of people across Britain, encouraging the inflow of capital and investment.”

The manifesto said Labour would focus on tougher budget discipline, including on those items where spending at the EU level can save money at the national level.

“That means driving reform of the Common Agricultural Policy and a commission-led zero-based review of spending on EU agencies to reduce waste and inefficiency.”

A Labour government will not join the euro, says the manifesto, but it will ensure that EU rules protect the interests of non-euro members.

The full Labour manifesto is available online. The Conservative Party is expected to launch its manifesto on Tuesday (14 April).