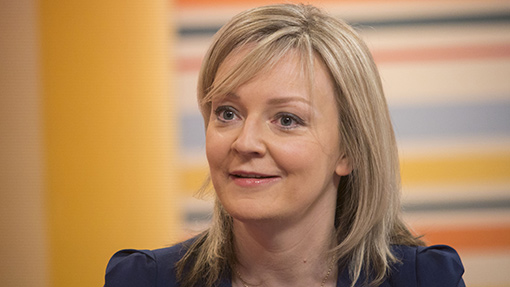 Norfolk MP Liz Truss will replace Owen Paterson as Defra secretary and become one of the new female faces in the Cabinet.

Ms Truss, 38, has been a member of parliament for South West Norfolk since the 2010 general election.

The replacement of the ousted Mr Paterson with Ms Truss is part of Mr Cameron’s plans to promote more women to senior government posts.

Schools minister Ms Truss, who is married with two daughters, was seen arriving at 10 Downing Street on Tuesday (15 July).

Her website – Elizabethtruss.com – contains some of her views on food and farming.

“Farming is a vital industry in the constituency and Elizabeth is working hard to get the best deal for Norfolk’s farmers,” it says.

“Concerns are being raised regarding changes in the implementation of the European Union’s common agricultural policy (CAP). As a result of this, Elizabeth led a delegation of local farmers to meet Farming Minister George Eustice MP.

“Elizabeth has a number of concerns about the use of agricultural land for solar or biomass plants and the subsidies for these operations.

“She does not want to see the UK’s food security jeopardised; food and farming is the largest manufacturing industry in the UK and she is keen to see that the importance of this sector is recognised.”

The website adds that Ms Truss has also raised concerns with the Defra secretary of state (Owen Paterson) about flooding in her constituency.

“She has long argued that the £1:£8 cost benefit ratio formula provided by the Environment Agency for the funding of flood prevention schemes do not value farmland high enough.”

Ms Truss has also previously voted strongly in favour of a badger cull – twice in 2013 – as part of government plans to eradicate bovine TB.

Norfolk pig farmer Rob Simonds, who welcomed Ms Truss on to his farm during an open day in 2013, said she would make an “excellent” Defra secretary.


Mr Simonds, a tenant farmer at Scott’s Field Pork Farm, Oxborough, which produces rare breed sows, said: “She came across as a very genuine, sincere person and I wish her well.


“She is genuinely very supportive of agriculture, although she does not come from a farming background. But isn’t that the way that politics is these days?


“I recall she was very interested to see how our business and the local supply chain works. She took all that information on board and was very supportive.”


When asked if he felt Ms Truss would be able to handle the pressures of running a government department, Mr Simonds said: “Yes. I think she’s capable of running a ministry. I most definitely do.”


Its regional director Pamela Forbes said: “We would like to congratulate Elizabeth Truss on her new role and we look forward to working with her.


“She recognises that agriculture is a vital industry and she has taken a keen interest in food and farming issues in her constituency, particularly around food and water security.


“After the last drought she arranged for farmers to meet the minister to discuss concerns about water supplies for irrigated crops in Norfolk and Suffolk and she has called for greater protection for farmland from flooding.


“She also knows our views regarding reform of the common agricultural policy, having led a delegation to meet farming minister George Eustice in December.”