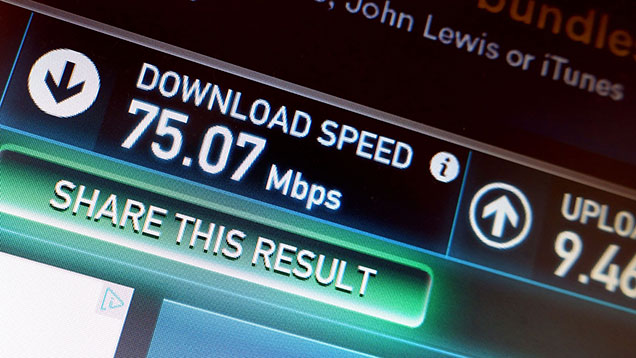 Nationwide rollout of superfast broadband has now reached more than three million homes and businesses, the government has said.

The Department for Culture, Media and Sport (DCMS) declared on Wednesday (12 August) that the rollout of government-funded broadband had reached more than three million homes and businesses.

See also: Have your say on rural broadband and mobile phone coverage

The government said it was on track to deliver on its target of taking superfast broadband access – internet speeds of 24Mbps or faster – to 95% of the UK by 2017.

More than four out of five UK premises already have access to superfast speeds, and the rollout is currently reaching an additional 40,000 homes and businesses every week.

The announcement on Wednesday comes following news last week that BT will make up to £129m available to extend the government-led rollout of superfast broadband across the UK.

Defra secretary Liz Truss said: “Our continuing investment in speedier broadband will unleash the full potential of our countryside – creating jobs, boosting exports and improving the quality of life for people living in rural communities.

“By ensuring everyone has access to the same technology and services we can boost the productivity of rural areas, making it as easy to open and expand a business in some of the most beautiful parts of our countryside as it is in our cities.”

But countryside and farming groups have given a mixed response to the announcement.

Suzanne Clear, the NFU’s senior adviser for planning and rural affairs, said: “The NFU welcomes the wider rollout of broadband, but our members are currently telling us, via our own digital survey, that they need a faster rollout to their farms both in the open countryside and right next to towns. Currently they are missing out.

“We would welcome the returned BT funds being focused on getting those important food and farming businesses and their rural communities superfast connections, too.”

The Country, Land and Business Association (CLA), which has campaigned for all rural areas to have access to broadband for more than a decade, said the government needed to come up with solutions to provide broadband in the country’s hardest-to-reach areas.

Mr Price said: “Government should not be congratulating itself until we have universal broadband provision, for all homes and for businesses everywhere.

“Rural firms and countryside communities have been strangled by poor or non-existent broadband for far too long.

“The rollout programme highlighted today is important and we acknowledge the success it has achieved, but for thousands of homes and businesses with no, or inadequate, broadband this announcement will not be a reassurance. Too many targets have been missed and promises not fulfilled over recent years.”

He added: “It is not acceptable that there is still no plan for reaching 5% of the homes and businesses in the country, and minimum standards of securing broadband access at 2Mbps per second is simply inadequate.

“We need a much more ambitious approach to finding ways to get fast broadband to the hardest-to-reach areas and that requires investment.

“That is why the CLA continues to press for government to commit to a legal Universal Service Obligation of at least 10Mbps for provision of a fast and reliable broadband.

What is your broadband speed?