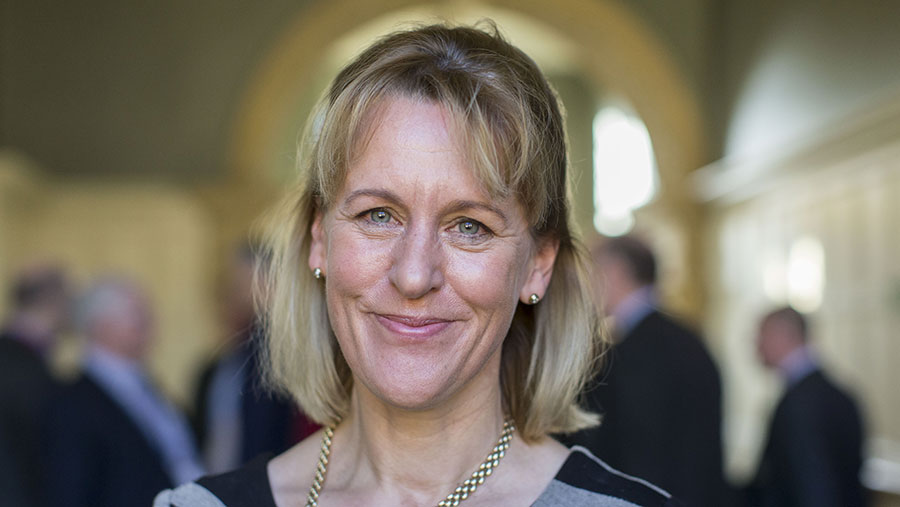 Food has been thrust centre stage in the 100 days ago since Minette Batters was elected NFU president – become the union’s first female leader in its 110-year history.

Since becoming NFU president, Ms Batters has repeatedly warned that food production – not the environment – must be at the centre of the government’s agricultural policy.

Recognising that food must be affordable for everyone, she also argues that producing it must be profitable if farmers are to look after the countryside.

We look at 10 key moments over the past 100 days – and how Ms Batters is highlighting the importance of farmers as food producers.

Ms Batters thanks supporters after being elected the first female NFU president in the union’s 110-year history. British agriculture is in the spotlight like never before, she says, pledging to “hit the ground running” and use Brexit to reposition the sector in the eyes of the nation.

2. Reconnect with the public (26 February)

In her first speech as leader, Ms Batters urges farmers to reconnect with the public, saying the industry is on the cusp of enormous change – “a new era for the NFU, a new dawn for the countryside and a new time for farming” – as the UK prepares to leave the EU.

As the country battles blizzard conditions caused by the “Beast from the East”, Ms Batters says farmers are pivotal to the rural community – helping to clear snow from roads roads, unfreeze water pipe and provide help to those in need, all while caring for their own businesses and livestock.

Ms Batters backs plans for a TV advertising campaign to educate customers about food standards. The Red Tractor is a mark of food safety, and the scheme helps lower-income families buy food produced to a high standard, she says.

As bad weather leaves livestock producers struggling with feed shortages, Ms Batters says it is vital that the government lends its support to ensure farmers can continue managing their businesses effectively – which means producing the food that feeds the nation.

Criminals are bringing violence and intimidation to the countryside, says Ms Batters, warning police chiefs that “a consistent and co-ordinated approach” is needed so farmers do not become a “soft target” – whether it is hare-coursing, fly-tipping or theft.

Ms Batters supports the organisation she co-founded – Ladies in Beef – which calls on the public to get behind British beef producers. “There has never been a more important time for us as farmers to be actively engaged and reaching out to our consumers,” she says.

8. Secure your farming future (4 May)

Urging farmers to respond to Defra’s consultation on the future of farming, Ms Batters says food production is at the heart of everything farmers do – and helps support the wider rural economy and environment. “If we’re not producing food, we’re not farmers,” she adds.

After the consultation, Ms Batters lambasts Defra secretary Michael Gove over the document’s Health and Harmony title, pointing out during a discussion at the Hay Festival that it “doesn’t really mention food at all” and shares a name with an Essex beauty salon.

Ms Batters leads a coalition of 105 food and farming businesses, warning prime minister Theresa May that “a Brexit that fails to champion UK food producers, and the businesses that rely on them, will be bad for the country’s landscape, the economy and critically our society.”