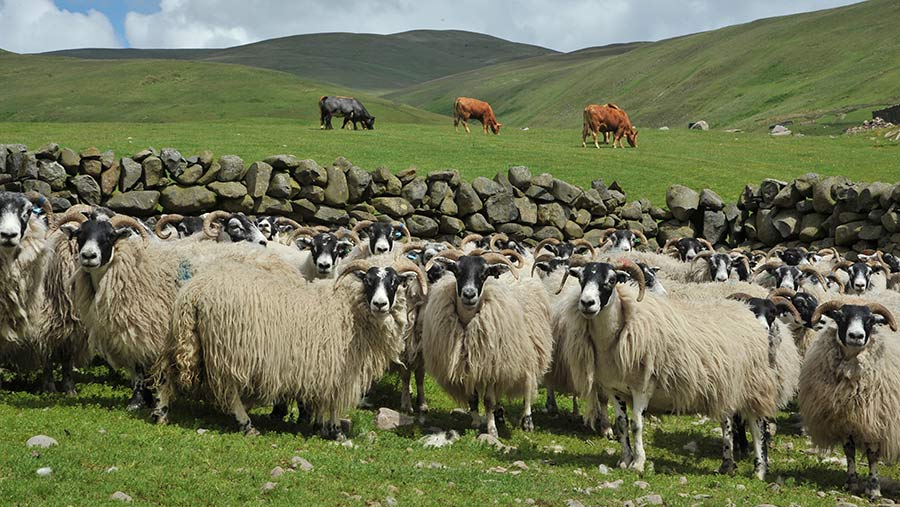 The six MPs – all Conservatives – are among an intake of 23 newly elected MPs from north of the border. They have either farmed in their own right or are from farming families – giving them added insight into the challenges facing the industry.

Colin Clark, who unseated Scottish National Party former leader and first minister Alex Salmond, grew up on a farm in north-east Scotland. Elected to represent the Gordon constituency, he built up a business selling fresh produce before returning to the family farm in 2005.

Farmer and businessman Alister Jack was elected to represent Dumfries and Galloway. A keen fisherman and shot, he defeated sitting MP Richard Arkless, a Stranraer-based lawyer and businessman, who was defending the seat for the SNP.

Farmer’s daughter Kirstene Hair was chosen to represent Angus. The first Conservative to represent the area since 1987, she comes from a large local farming family and will sit as one of the youngest MPs after unseating SNP chief whip Mike Weir.

John Lamont, newly elected MP for Berwickshire, Roxburgh and Selkirk, is a lawyer by profession. He is the son of a Berwickshire farmer and former local teacher – and ousted Calum Kerr, the SNP’s rural affairs spokesman at Westminster.

David Duguid, who was elected to represent the Banff and Buchan constituency, is believed to have grown up on a farm before working in the oil and gas industry. His seat was previously held by the SNP for three decades – most recently by Eilidh Whiteford.

NFU Scotland parliamentary officer Clare Slipper said the challenges facing agriculture meant a strong voice representing the interests of Scottish farmers and crofters was needed “more than ever before” in Westminster.

She said: “Brexit will undoubtedly affect our sector more than others and over the coming weeks and months, NFU Scotland will step up its engagement with all elected representatives to ensure the unique challenges and opportunities of Brexit for Scottish agriculture are understood.

“Getting Brexit right is not just important for the farmers and crofters in Scotland’s agricultural areas, who work hard to produce a Scotland’s fantastic product – but also for the wider Scottish economy, of which our fantastic food and drinks industry now plays a central part.”