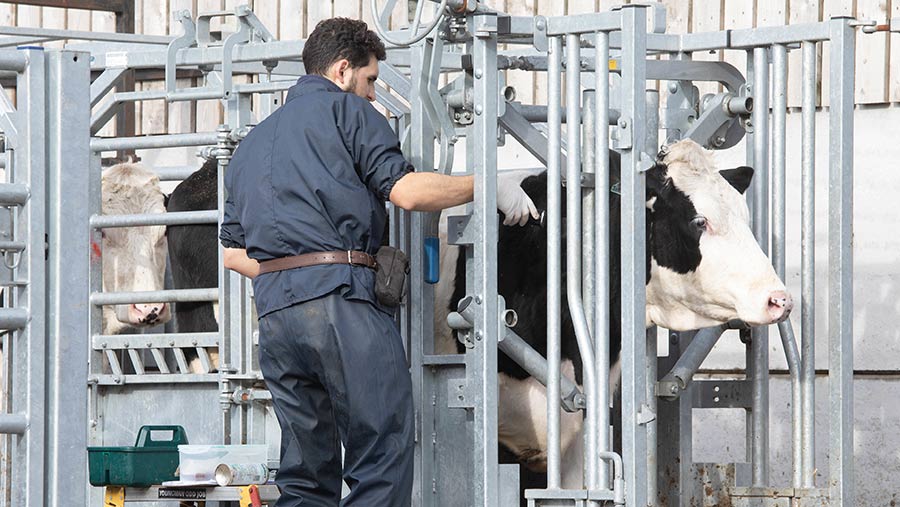 After months in the making, the government has launched its latest consultation (PDF) on the next stages of its strategy to eradicate bovine TB in England by 2038.

Last March, the government set out three top priorities for the next phase of its bovine TB strategy in its response to the independent Godfray Review.

The top three priorities were:

The call for views sets out a number of possible future policy changes to complement these priorities.

Much of the focus in the national press so far has centred around badger culling, with some national headlines suggesting Defra is proposing a total ban.

Closer inspection of the consultation document shows this is not the case. In 2020, there were 54 farmer-led licensed badger cull zones in operation across 17 counties.

But Defra is proposing to stop issuing any new licences after 1 December 2022.

As each licence lasts two to five years, this does not mean there will be no culling after 2022. In the years 2021 and 2022, Natural England could issue 20 licences for new areas.

To mitigate the risk of applications for culls in new areas not coming forward before the 2022 deadline, Defra is proposing to reduce the initial upfront financial commitment for cull companies to three years of culling (down from four years).

New licences could also be cut short after two or three years, based on a review of the latest scientific evidence at that time and a progress evaluation by the chief vet.

But the timetable suggests that 2026 would be the last year of intensive culls.

Under the proposals, any new supplementary cull licences – which are granted in regions after intensive culls are complete – would be restricted to two years and would not be reissued afterwards.

Farmer-led groups that have completed culls would also be supported to begin badger vaccination as an alternative to supplementary culling, if this is agreeable.

The 62-page Defra consultation states that badger culling, which was introduced in 2013 in Somerset and Gloucestershire, has been effective and is working to reduce outbreaks of cattle TB.

Across the first 32 cull areas compared with the years before culling began, the number of new herd incidents where officially TB-free status is withdrawn (OTFW) dropped by an average of 27% after two years, 51% after four years and 56% after six years.

The latest official government statistics, published on 27 January, show that:

Notwithstanding these encouraging figures, the consultation states that widespread culling “was only ever envisaged as a phase of an adaptive disease control strategy”.

But it is “time to prepare for a transition to wider, non-lethal badger control”.

The end of culling is anticipated to coincide with changes in cattle measures, including the market approval of a CattleBCG vaccination and the companion Detecting Infected amongst Vaccinated Animals (Diva) diagnostic test.

Leeds-based vet inspection firm Eville & Jones has been awarded the contract to lead the field trials, which will get under way this year.

Defra believes a cattle vaccine will be a “powerful tool” in the fight against bovine TB, but this is dependent on successful trials and market approval and will not be deployable in the field before 2025.

“Taken together, it is anticipated that these cattle and badger measures should preserve the benefits of culling,” the document states.

But Defra will reserve the option to cull badgers “in exceptional circumstances, where supported by epidemiological evidence”.

The consultation also seeks views on extending post-movement TB testing to parts of the edge area. As well as wider use of the interferon-gamma (blood) test in the high-risk area (HRA) and edge area.

Currently, testing is required for cattle moved to the low-risk area from parts of Great Britain where herds must undergo annual or more frequent TB testing.

Under the plans, cattle moved into the parts of the edge area where herds are on annual TB surveillance – Buckinghamshire, East Sussex, Leicestershire, Northamptonshire and Nottinghamshire – would require a post-movement skin test.

This would apply to cattle moving from higher risk areas of Britain, such as the HRA, edge areas on six-monthly surveillance testing and parts of Wales.

Parishes subject to annual surveillance testing in the edge area counties of Berkshire, Derbyshire and Hampshire would also be subject to these post-movement testing rules.

But Defra is not proposing to introduce mandatory post-movement testing in parts of the edge area subject to six-monthly testing.

The consultation closes on 24 March 2021. Have your say on the Defra website.

“A science and evidence-based approach must continue to drive government’s approach to TB eradication in cattle. At this critical time, we cannot have eight years of progress undermined.”

“It’s essential that any next steps are evidence-based before any of the proven tools are phased out. We would like to see prioritisation of research to evaluate the impact of badger vaccination on cattle as part of any ‘exit strategy’ from intensive badger culling.”

“If we don’t keep the badger population down, we will return to where we were. The benefits that we can see from the current cull strategy are entirely derived from a reduction in badger population density. It seems odd to give up on that without a proven alternative strategy.”

“Instead of the new consultation, the government would do well to put time and effort into bringing a cattle vaccine to market, hopefully once and for all dealing with this terrible problem for animals and farmers alike.”

Ireland’s unveils its next steps in TB battle

A combination of badger vaccination and culling will be used in Ireland as appropriate to support the objective of eradicating the disease in herds.

The Irish government set out its roadmap of how it plans to drive disease levels down towards the target of eradication by 2030 in a 28-page document published on 27 January.

However, badgers will be culled in areas where there are “significant cattle bovine TB outbreaks with epidemiological links to badger transmission”, according to Ireland’s Department of Agriculture, Food and the Marine (DAFM).

Ireland adopted a badger vaccination policy in 2018. By the end of 2020, 19,079sq km had switched to vaccination as the primary TB control intervention in badgers. New areas will switch as optimal epidemiological criteria are met.

The programme will seek to tighten cattle movements and also address concerns that deer play a role in spreading bovine TB to cattle, DAFM said.

Northern Ireland’s Department of Agriculture, Environment and Rural Affairs is due to publish its own bovine TB plan in March, which is expected to include some form of badger culling to tackle the wildlife problem.