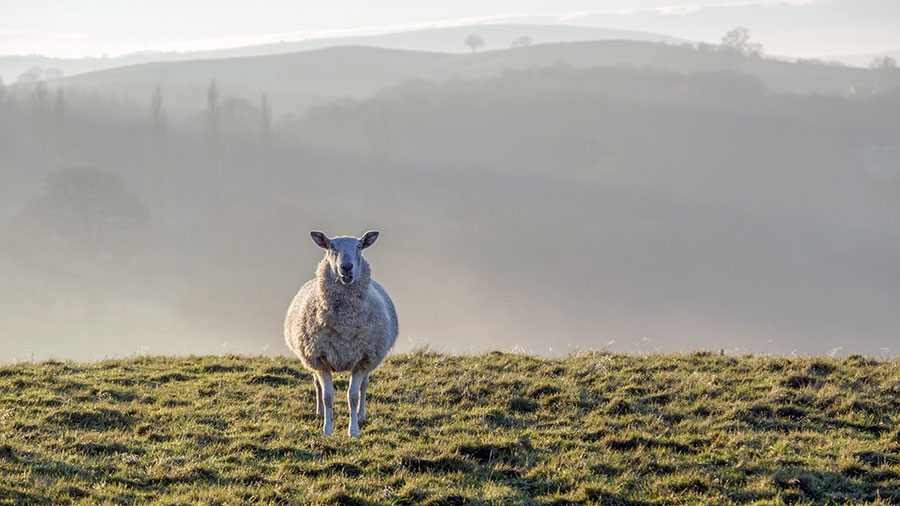 Voters go to the polls in Wales on 6 May to decide who will form the next Welsh parliament and, since agriculture is a devolved matter, the farming vote is an important one.

Votes will be won and lost on a number of key issues, not least the one that has provoked collective fury from the agricultural sector – the newly created all-Wales nitrate vulnerable zone (NVZ).

Introduced by the Welsh government on 1 April, this is hugely contentious and is being seized on by opposition parties targeting votes in rural constituencies.

For instance, in their manifesto, the Welsh Conservatives have pledged to scrap the whole-Wales NVZ and adopt a voluntary code to reduce pollution, while Plaid Cymru says it would “revisit” it.

The NVZ policy, which is expected to cost farmers £360m in capital spend on slurry storage and other pollution prevention measures, with just a tiny fraction of that up for grabs in grants, has angered farmers and the farming unions who had campaigned against it.

Industry commentators suggest that introducing a hugely unpopular policy so close to an election could sway the vote in some rural constituencies.

As one Pembrokeshire dairy farmer, Jeffrey Evans, puts it: “We need the next Welsh government to revisit these heavy-handed regulations as a priority, and instead work collaboratively with the industry, focusing on proportionate regulation with effective enforcement alongside advice, guidance, and capital investment measures.”

The Labour minister who introduced this unpopular measure, Lesley Griffiths, is standing for election again in her Wrexham constituency, where she has been its representative in the Senedd since 2007.

At its recent manifesto launch, the Farmers’ Union of Wales (FUW) said it had always had a “good working relationship” with her.

“Our focus has always been to work with the minister of the time, whether we agree or disagree with them. We will continue to raise our concerns without fear or favour with whoever holds the post after the Senedd election,” says FUW’s head of policy, Dr Nick Fenwick.

What’s in the various manifestos

The countryside vote is an important one in Wales, so it is surprising that agriculture, food and rural issues are not at the centre of political debate.

Apart from the battle over the NVZ decision, policies that might persuade farmers to cast a vote in a party’s favour are thin on the ground in some of the manifestos.

There are general policies, such as promises made around rural housing, broadband and training, but as far as specific farming policies are concerned, these are lacking.

So what are the main parties in Wales proposing for agriculture?

The party would stand by its decision to introduce a whole territory NVZ. “Addressing this difficult issue is critical to securing the good reputation our farming sector deserves,” it says.

“They are consistent with the sector’s own net-zero ambitions and reflect the standards already achieved on many farms across Wales.”

If it formed the next government, the party insists that, for five years, no farmer would receive less financial support than they received in EU subsidies, while the party worked with farmers to create a new support scheme.

An Agricultural Bill for Wales would be introduced, setting out how farmers and land managers would be supported with public money for public goods.

Public procurement is among its headline policies, with the public sector encouraged to buy Welsh produce.

There would also be “comeback support” for the Royal Welsh Agricultural Show, and the party has pledged to reverse the current government’s NVZ policy.

The party would introduce a Welsh Agriculture Bill with emphasis on decarbonisation, sustainable food production, and enhanced biodiversity.

Farmers would be encouraged to transition to more sustainable and environmentally friendly forms of land use, it says. A “Rural Senedd” would be set up, although it has not elaborated on what this might look like.

Plaid Cymru says it would “revisit” the NVZ regulations.

The Welsh Liberal Democrats have seized on the changes to farm support, pledging that any future funding scheme would provide “not a penny less” for agriculture, but with a system based on public money for public goods.

As Wales transitions from the Basic Payment Scheme to the Sustainable Farming Scheme, no farmer would be left without financial support, it adds.

The party wants to increase resources for Natural Resources Wales to investigate and prosecute incidents of pollution.

It would also pass a Wildlife Act for Wales, “creating clarity and consistency on the policy and legislation that protects wildlife”.

What the unions say

The union has a long list of demands for the next Welsh administration in a manifesto spanning 45 pages.

Many of these are based on family farms and food production – Wales’ future rural policies must keep food-producing families on the land, with direct support for food production maintained, but with payments capped at levels that favour family farms, it says.

On bovine TB, the union wants to see a badger culling policy implemented “at the earliest opportunity”.

There is a demand for support for greater investment in food processing capacity and procurement policies that encourage the creation of new companies and co-operatives.

Unsurprisingly, the NVZ regulations get a mention, with a demand that these are withdrawn in favour of “a targeted solution tailored to Wales”.

Farmers must be incentivised to invest in renewable energy production, with support from “attractive” schemes and Feed-in Tariffs.

On livestock transport, the union wants the government to reconsider the banning of live exports and to withdraw proposals to introduce “unnecessary, impractical and costly” requirements for domestic livestock journeys.

The union has issued a legal challenge to the introduction of the NVZ regulations, so it is unsurprising that its manifesto calls on the next government to revisit as a priority the “blunt and heavy-handed” regulations.

The Welsh government, it suggests, should work collaboratively with the industry, focusing on “proportionate regulation” with enforcement alongside advice, guidance and capital investment measures.

Governments in Cardiff and London must work together to ensure that the commitment made for Welsh agriculture to “not receive a penny less” in funding as a result of Brexit is honoured.

The pledge that Welsh farming will be a net-zero emitter of greenhouse gases by 2040 needs a framework of government support, it says.

The CLA wants a review of the Welsh planning system to allow economic and community regeneration, alongside a simple tax system that rewards investment and entrepreneurship.

The organisation also wants more work to be done on providing high-quality connectivity for rural Wales. Investment in farming skills and innovation is vital too, it says.

What is on farmers’ wishlists?

Rhodri Jones, Brynllech Uchaf near Bala: “The next Welsh government should make early commitments to ring-fence UK Treasury funding for Welsh agriculture for the next Senedd term, to provide the industry with some stability and certainty during what is a time of significant uncertainty.”

Dafydd Besent, Penmaen isa, near Machynlleth: “We need the next Welsh government to continue to work with communications delivery partners to ensure that all parts of Wales can benefit from modern communications systems, and to continue with grant funding for new broadband connections to individual householders and businesses.”

Katie Davies, Wales YFC chairman: “The local authority farm estate has been a valuable route of entry into the industry for many young farmers and new entrants. It is a national asset that must be protected.”

Lauren David, Torgelly Farm, Llanharry: “We need the next Welsh government to prioritise the enforcement of placing dogs on a short fixed-length lead when near livestock, at all times of the year.”