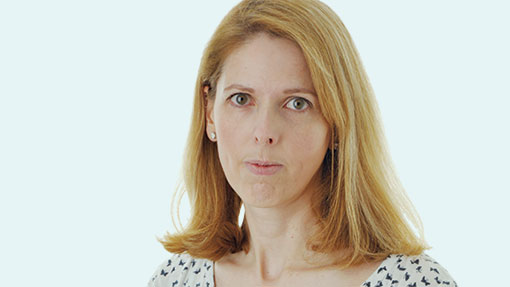 I think I am a pretty patient person (my family might beg to differ, but let’s gloss over that). I accept that in life not everything goes to plan and sometimes you have to give people or companies time to resolve issues that cause irritation.

However, this week my patience finally ran out. It has been more than three weeks since we first reported problems with the online Single Payment Scheme service. Yet while we were given assurances that things had got better, things have not been as they should.

I know this first-hand as my plan to complete my family’s form over the bank holiday weekend was frustrated by my inability to get the Government Gateway to accept our log-in details.

I had the information ready to complete the form, but I couldn’t even get past the first screen. Instead I was told to contact the helpdesk (which was closed) or to try again later. It took three hours of persistently entering my details before the system decided to let me in.

This can’t be right. I’m reasonably computer literate – I own a smartphone, tablet and the nature of my job means that I’m pretty comfortable online. I’m not afraid of the technology and having written stories about problems logging into SPS Online I was pretty sure it was an issue at their end, rather than mine. However, I am sure there will have been plenty of farmers who went through the same process but assumed that the fault was with them.

This is unacceptable. We have a government that is actively pushing for all forms to be completed digitally, but it can’t seem to provide a system that works reliably. Farmers have enough problems with broadband speeds as it is. They shouldn’t have to deal with difficulties on top of that.

“We have a government that is actively pushing for all forms to be completed digitally, but it can’t seem to provide a system that works reliably. Farmers have enough problems with broadband speeds as it is. They shouldn’t have to deal with difficulties on top of that.”
Isabel Davies, content editor

And anyone who has filled out their form online previously will have no paper form alternative to turn to. Meanwhile, the 15 May deadline is fast approaching with no prospect of it being extended to take into account such problems. Land agents, which deal with multiple clients, are particularly challenged.

To be fair to the RPA, the difficulty seems to stem from issues with the Government Gateway rather than the SPS Online system itself.

The RPA’s online system is actually very good – once you get in. When I finally could log in, the form took just half an hour to complete.

Everyone was expecting 2015 to be the tricky year. The introduction of a new CAP system will inevitably throw up challenges so next year’s form filling is bound to be a headache. This year was meant to be straightforward.

Maybe I was unlucky? Maybe most people who have applied so far have done so without a hitch? However, that’s not really the point.

The government has a responsibility to provide an online system that is reliable and easy to use for everyone. If it can’t do this, how on earth can it proceed with its plans to make online applications the only option from 2015? The RPA says it is monitoring the situation closely. It can rest assured, so are we.