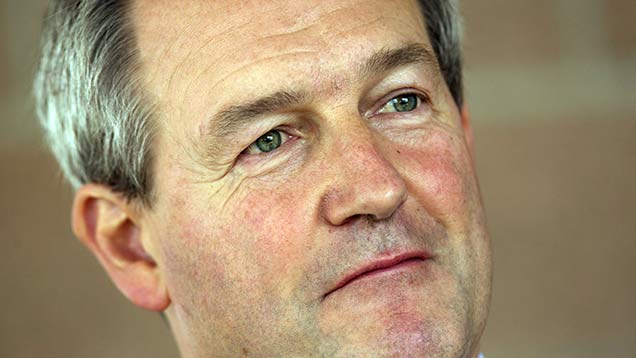 Former Defra secretary Owen Paterson received a severance deal of more than £38k after he was ousted from his post in the summer, Farmers Weekly has learned.

According to figures obtained from a Freedom of Information (FoI) request, Mr Paterson was given a severance payment of £38,804.77 when Norfolk MP Liz Truss replaced him in July.

Defra said: “These costs are in relation to the normal contractual severance payments as directed by Cabinet Office for the secretary of state and other associated costs.”

A proponent of the badger cull, Mr Paterson was seen as a “friend of farmers” for his forthright views on culling and other countryside issues – despite the criticism it brought him.

The NFU said losing Mr Paterson was a huge loss – both to the countryside and to farmers.

His outspoken argument for GM crops faced stiff resistance from those opposed to the technology, but it won him support from many in the farming community.

Mr Paterson was praised for overseeing a workable implementation of EU common agricultural policy in England.

But his response to the winter floods was ridiculed when he turned up in Somerset at their height without wellies. His department has also been seriously rebuked for not investing enough funding in flood defences.

*Farm Business Income represents the financial return (before accounting for the farmer’s own and other unpaid family labour) and on all capital invested in the farm business, including in land and buildings.

Indeed, a separate FoI request has revealed that Ms Truss raised concerns herself with Mr Paterson about the impact of flooding in her South West Norfolk constituency towards the end of his time as Defra secretary.

In a letter sent to Mr Paterson on 17 March, in the immediate aftermath of the devastating winter floods, Ms Truss warns the minister about the “huge economic and social impact” flooding was having on the village of Welney.

“What is needed is a long-term plan to alleviate the escalating impact of flooding on the village,” Ms Truss told Mr Paterson.

“The local community contributes over £200,000 annually through the three drainage boards in the area and they are keen to engage with authorities to find a solution to this problem and to ensure the funds are reaching the front line.”

Last month, Mr Paterson has raised concerns about the UK’s continued membership of the EU and the effect on immigration, “unworkable” political relationships with other member states and the likelihood Britain would be dragged into joining the euro.