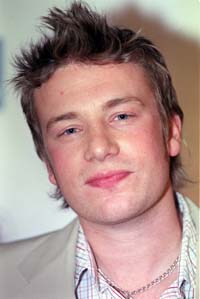 Britain’s pig farmers are getting the support of the national press, ahead of a new TV show by celebrity chef Jamie Oliver on pig welfare standards.

As part of it’s Great British Food Fight season Channel 4 will be screening Jamie Saves Our Bacon at 9pm on 29th January.

The show investigates why Britain’s pig farmers are going out of business and aims to help shoppers make better-informed choices by showing exactly how pigs live and die in order to put pork, ham and bacon on our plates.

Writing in Sunday’s Mirror newspaper, Jamie Oliver said: “Our boys and girl farmers are suffering because of all the cheap stuff that is coming in from places where the welfare of the animals is worse than in Britain. But this situation can be changed.

“Buying British can make a big difference at three pence more a rasher. Often in hard times, people pull together and get a bit more patriotic and now’s the time to do that where your bacon and ham and pork is concerned.”

Over the weekend, the Daily Mail also ran a long article exposing welfare standards in Poland and how pork products can be labelled as British if they are processed and packed in the UK.

Some in the pig industry are worried that the Jamie Oliver show may not be universally supportive of all UK production systems.

However, the publicity to date has been supportive and has even led to the suggestion in The Times that the industry will struggle to keep pace with the increase in demand for UK-produced pork.

Farmers Weekly is keen to know what you make of the programmes. Join the discussion on the forums.