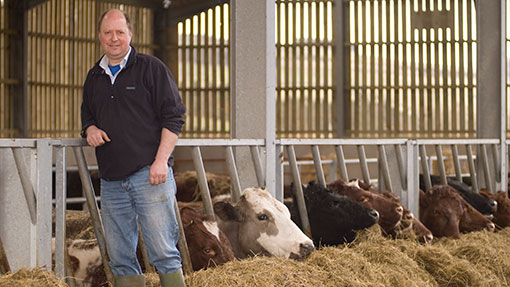 The Scottish government’s much vaunted report on cutting red tape in agriculture is lying on a shelf and gathering dust, according to NFU Scotland president Nigel Miller.

Mr Miller used his last address to the union’s council before stepping down as president in February to appeal for progress on some of the lengthy “Doing Better” report’s 61 action points which include simplifying the regulatory burden and giving farmers 24 hours notice of inspections.

He said one of the union’s ambitions was to push back regulation, and hinted that the confirmation of Phil Hogan as the EU’s agriculture commissioner might be an opportunity to make progress on some of the recommendations identified in the report by former ANM Group chief executive, Brian Pack.

The president added: “There is the opportunity to really drive this, and one of the basic recommendations should be an advisory board which will cover all administrative processes. It would be there to sense test our regulations, making sure there is no duplication functions and would be a great driver.”

Mr Miller also identified opportunities for Scottish agriculture from increased devolution in the wake of the referendum.

After consulting with the NFUS membership he said there was a clear demand for better representation at international level.

“We need a forum or ministerial committee for all the ministers to sit and work out a UK negotiating line in Europe,” he said. “If you look at Less Favoured Areas or ESA issues, or fishing or renewable energy, Scotland has the biggest stake and the highest level of expertise, so would make sense for the Scottish minister to chair a group and represent the UK in Europe. Getting a balance of representation is key.”