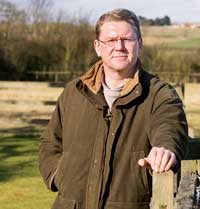 The government needs to take urgent action to reduce the UK’s growing dependence on imports, according to NFU president Peter Kendall.

Speaking at the NFU’s annual conference in Birmingham on Tuesday (15 February), Mr Kendall will say steps should be taken immediately to close the country’s widening food gap.

He will tell DEFRA secretary Caroline Spelman that rocketing food prices thanks to droughts, floods and rising temperatures across the world mean rich countries can not sit back and expect the rest of the world to feed its people.

Speaking ahead of the conference, Mr Kendall said agriculture was central to social and political stability and governments across the world needed to take urgent and co-ordinated action to avert hunger and disruption on a catastrophic scale.

“The [government’s recent] Foresight report is another wake-up call,” he said.

“Bold actions and difficult decisions will be needed. I’m asking the government to look at our own growing population’s reliance on supplies from the rest of the world as part of its response to the report.

“I’ve heard a number of commentators sitting on their high horses and talking about how bad export bans are.

“But if we’re going to have a debate about morality I honestly believe that a country short of food trying to protect its own people’s supplies by banning grain exports is nothing compared to rich countries allowing their agriculture to decline and then expecting the rest of the world to feed them.”

Mr Kendall said he would ask DEFRA to draw up a food plan to sit alongside the department’s forthcoming natural environment and water White Papers to ensure the sustainability of food supplies is properly considered.

“On the future of the Common Agriculture Policy, I will be urging the Secretary of State to focus on developing the fair and functioning markets which the Foresight report talks about,” Mr Kendall added.

“Simply ending subsidies won’t miraculously make the markets work. We need to drive competitiveness and manage volatility in the markets first to give UK producers – those working at the sharp end of the food chain – the chance to do what they what to do, stand on their own two feet and make a living.

“I think everyone at conference will be with me when I say UK farmers are part of the answer to the grand global challenges which have been laid bare even in the past twelve months.

“We need the government to accept that too – and make a place for farming at the top of its own agenda.”