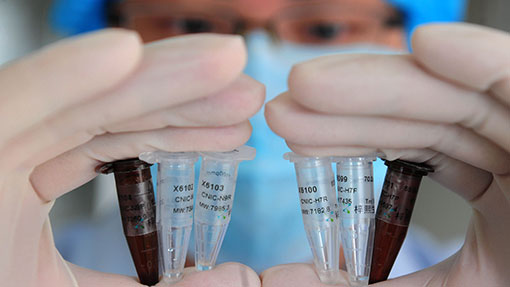 The Royal College of Pathologists (RCP) is calling for an urgent review of government funding cuts to animal health surveillance.

DEFRA plans to halve the number of animal health surveillance laboratories in England and Wales from 14 to seven.

Two of the seven laboratories – Luddington and Preston – closed their doors from Tuesday (1 April).

The government insists the changes will offer an “improved approach” to the monitoring of animal disease threats.

It plans to make better use of the expertise and resources of private vets, universities and the livestock industry and place less emphasis on government postmortems.

However, the RCP is concerned the cuts could risk public and animal health, and damage trust in the UK’s agricultural industry and wider farming community.

“These plans do not seem to be based on sound evidence but on cost cutting; the effect will be a halving of the existing network of surveillance postmortem examination facilities,” said RCP president Dr Archie Prentice.

“We think these changes should have been piloted before roll-out. We are not opposed to change but it is vital that expertise in veterinary pathology is sustained and improved so that surveillance is more effective, not less.”

“These plans do not seem to be based on sound evidence but on cost cutting; the effect will be a halving of the existing network of surveillance postmortem examination facilities.”
Dr Archie Prentice, president of the Royal College of Pathologists

Under the new system, the RCP is concerned about: the quality of postmortems, whether there will be enough competent active veterinary pathologists working with livestock, carcass collection arrangements and the cost of establishing IT systems for sharing intelligence of emerging diseases.

But the Animal Health and Veterinary Laboratories Agency (AHVLA), the executive agency working on behalf of DEFRA, defended the changes.

An AHVLA spokesman said: “The new animal disease surveillance system will improve our ability to spot new disease threats by extending the network to include postmortems undertaken within the livestock industry and at other veterinary laboratories, as well as government-run facilities.

“While there will be a reduction in the number of government owned postmortem centres this will be off-set by including other providers of expert pathology within the system.

“Surveillance for serious diseases such as BSE, foot-and-mouth and avian influenza is not affected by the changes and AHVLA will continue to investigate all reports of notifiable animal disease.”