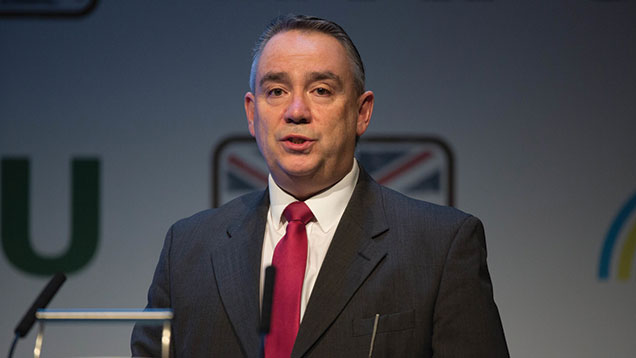 Rural Payments Agency (RPA) boss Mark Grimshaw has defended delays in delivering money to farmers – and insisted claimants would have enough time to make applications for 2016.

Mr Grimshaw made the pledge to MPs just a week after the government’s Public Accounts Committee said farmers had borne the brunt of a “childish turf war” between senior civil servants.

Although thousands of farmers are still waiting for their 2015 payments, Mr Grimshaw said claimants would still have a “clear six to eight weeks” to complete their BPS 2016 applications.

Mr Grimshaw was giving evidence to the House of Commons environment, food and rural affairs committee on Wednesday (9 March).

“We are expecting to send out the pre-populated online forms from Saturday 19 March,” he said.

“For all of those customers who have already been paid, the information that will be on their pre-populated form online will have been validated and verified.”

In a frequently tense evidence session, Mr Grimshaw repeatedly defended his actions as head of the agency, which has been heavily criticised over slow support payments to farmers.

Some 16,000 farmers across England are still waiting for their 2015 basic payments following difficulties at the agency as it implemented a new IT system.

Last week, a report by the Public Accounts Committee said “dysfunctional and inappropriate behaviour” among senior civil servants had been a key challenge for the project.

The report said major problems had been caused by the inability of Defra, the RPA and the government’s Digital Service to work together effectively.

Mr Grimshaw said he accepted there was an element of truth in the document, but suggested language used by the committee had been sensationalist.

However, MPs appeared to grow increasingly frustrated by Mr Grimshaw’s responses to their questions over his involvement with the payments project.

At one point, Carmarthen West and South Pembrokeshire MP Simon Hart said there was “something which I really don’t like” about the conversation with Mr Grimshaw.

Mr Hart suggested Mr Grimshaw should take responsibility for the situation at the agency as well as for the subsequent slow rollout of payments to farmers.

He added: “I can’t quite put my finger on it – you’ve said the Public Accounts Committee were essentially wrong and exaggerated and sensationalised your role in this.”

“I am certainly not in the position of accusing the committee of being inaccurate – and if those are the words I used then I will recant them here and now.

“The point about the leadership issue – again I would just remind you that I was not in charge of the CAP delivery programme until May of last year.

Efra committee chairman Neil Parish told Mr Grimshaw he felt no-one involved in the project had been entirely truthful when questioned by MPs over the matter.

Mr Parish asked: “At the end of the day, you are head of the Rural Payments Agency – why did your position not prevail? Who was it who was causing the problem?

“This is what we want to know and yet nobody is being entirely truthful – either with the Public Accounts Committee or with us, I feel. Is that being unkind?”

Mr Grimshaw said he didn’t necessarily feel it was being kind or unkind. He added: “I was not in a position to have my opinion prevail, as you’ve just suggested.”

Mr Grimshaw said his biggest regret was “not being able to get over to the programme the requirements of the business from a delivery and functional perspective”.

He added: “That is a concern that will live with me for many years.

“As a personal failing, I was not able to communicate and not able to get senior people to recognise that the programme was in difficulty.”