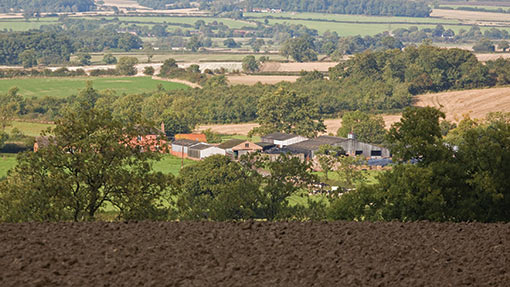 Nearly nine out of 10 rural voters believe the coalition government hasn’t done enough for the countryside, according to a new survey.

A poll, commissioned by the Countryside Alliance, showed 86% of rural voters felt the government had “taken them for granted”.

The survey revealed a huge split in the political parties people in the countryside said they would vote for in next year’s general election.

Twenty-two percent of voters said they would vote for the Conservatives, 20% for Labour and 17% for Ukip.

The poll, carried out by Opinion Research Business, will be a blow to the Tories, who have historically enjoyed huge success in rural constituencies.

However, despite the apparent split between the parties countryside dwellers would choose to vote for in the election, 38% thought their future was best served by the Conservative party.

When respondents were asked what the Tories must do to win their vote, improving transport (15%) topped the wishlist, followed by immigration (14%) and the offer of an in-or-out referendum on Britain’s EU membership (10%).

Tim Bonner, campaigns director at the Countryside Alliance, which has 100,000 members, said the poll sent out a message to all parties that the rural vote was “up for grabs”.

He suggested that the government’s mobile infrastructure project had not delivered as it should have and there was increasing anger at BT’s management of Broadband Delivery UK.

However, speaking at the same fringe meeting, Defra secretary Liz Truss claimed the Labour party just “did not care about the countryside”.

She told the audience that the previous Labour government had allowed bovine TB in England to become the worst in Europe.

Meanwhile the coalition government was now pursuing a “comprehensive strategy which involves vaccination in the edge zone, culling in areas where the disease is rife and improved cattle movement control”.

Tim Bonner, director of campaigns at the Countryside Alliance, said: “The research shows that none of the political parties can take the rural vote for granted. Rural people don’t believe that the current government has delivered for them, nor do they seem to be attracted by what Labour or Ukip have to offer.


“The next nine months therefore provide an opportunity for all political parties to put rural issues at the heart of their agenda and state their intentions to the countryside.”


In total, 1,003 rural residents took part in the poll, which was carried out in early September.