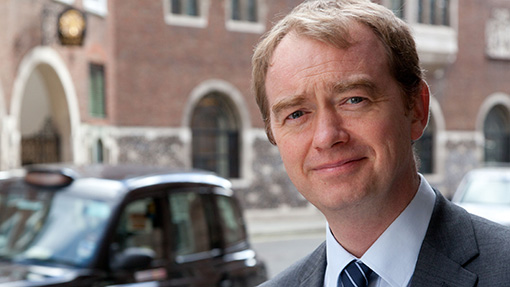 DEFRA has played down an MP’s claims that the six-day standstill rule for livestock could be abolished in 2017.

South Lakes Liberal Democrat MP Tim Farron said he had secured a promise from farm minister George Eustice that the government had agreed to phase out the six-day rule in 2017.

Mr Farron, who is also chairman of the cross-party group that represents hill farmers in parliament, met Mr Eustice on Tuesday (18 March) at DEFRA’s offices in London to press for an urgent rethink on the six-day rule, which was put in place to reduce the risk of another outbreak of foot-and-mouth disease.

He claimed the minister told him the government plans to phase out the rule by 2017.

Following the meeting, Mr Farron released a picture of him meeting the minister and a supporting statement, saying: “This announcement is very welcome news.

“I am pleased that I am able to take local farmers’ concerns to Westminster and change the law. I am still pushing for the six-day rule to be scrapped sooner, but knowing when it will be phased out is very useful for farmers.

“Currently, the six-day standstill rule serves no purpose, apart from making life difficult for farmers. If we were to experience a new outbreak of the disease, then it would be essential to have the rule back in order to protect farmers and their animals. However, there is no need to have this rule during ‘peace-time’.”

However, a DEFRA spokeswoman played down the claims that any agreement had been made. “DEFRA is committed to reviewing the current six-day standstill arrangements in 2018, after implementing changes to the way farm holdings are defined, in line with the recommendations of the [MacDonald] Farming Regulation Task Force.”

The government commissioned the MacDonald review to look at the issue in 2011. The review recommended more than 200 ways of reducing unnecessary “red tape”.

DEFRA’s six-day standstill rule states that livestock “movements must not take place from any premises where one or more animals have been moved in the six-day period prior to the movement”, except direct to slaughter.

Whenever cattle, sheep, goats or pigs are moved on to a farm, they must not be moved off for a period of six days, unless exemptions have been agreed.

Livestock movements were blamed for the rapid spread of foot-and-mouth disease, which devastated agricultural life across the country in 2001.

But Mr Farron said many farmers believe these rules are outdated, hamper their businesses and should be axed.

Speaking at the Oxford Farming Conference in January, DEFRA secretary Owen Paterson announced changes to livestock rules which would save farmers £70m over 10 years , following recommendations to reduce burdensome red tape in the 2011 MacDonald review.

However, Mr Paterson made no firm commitment to remove the six-day standstill rule.