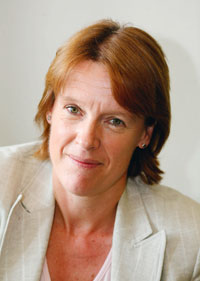 The biotech lobbying firm set up by DEFRA secretary Caroline Spelman has closed down after concerns were raised over her links to the firm.

Until last year Mrs Spelman co-owned Cormack, Spelman and Associates, a company she set up with her husband in 1989 to advise food and biotechnology firms.

She transferred her shares in the company to her husband and resigned her directorship in May 2009, but the firm had continued to trade under her maiden name, Cormack.

Following her appointment concerns were raised over whether she would be asked to step back from dealing with issued which affected her former clients.

The Sunlight Centre said there was a “clear conflict of interest” between Mrs Spelman’s DEFRA role and her links to the lobbying firm.

But it has been revealed that Mr Spelman applied to Companies House to close down the company last month.

Sources close to the minister have been reported to have said the firm had been effectively defunct for five years and her husband’s move was a routine step.

Mrs Spelman had already been forced to deny any conflict of interest after it emerged her husband worked for Accenture, the company behind the Rural Payments Agency’s £350m IT system.

She told Farmers Weekly she had made her business interests clear to DEFFRA permanent secretary Helen Ghosh and they would all be handled in line with the ministerial code of conduct.